Cortana remains a technology looking for a purpose, and each week it seems to reflect different priorities at Microsoft HQ. Is it a personal assistant, like Google Now, as Microsoft originally presented it to us? Is it a tailored news service? It’s hard to tell. It’s taken on the role of local search in Windows phone too, but in a very hit and miss way.

Search for a name and it’ll pre-empt you with a web search. At other times it will find the app you want locally right away.

I appreciate the intelligent parsing it does to set a reminder, but then find it hard to see and manipulate that reminder data, although this is getting better. I’d like to think of Cortana as a clever command line for the phone; in most use cases talking to a phone or computer annoys other people but typing is fine with me. However, it’s not there yet.

The most useful use case I’ve found for Cortana is answering texts from a Microsoft Band, which can be very handy.

(The Band by the way, is very good indeed. But then it's not running Windows 10. Or not yet anyway).

Perhaps Cortana or its AI voice-powered ilk will never be a major part of our lives. Google implemented Google Now very nicely, and pushed it hard at people, but I don’t know many people who actually use it. 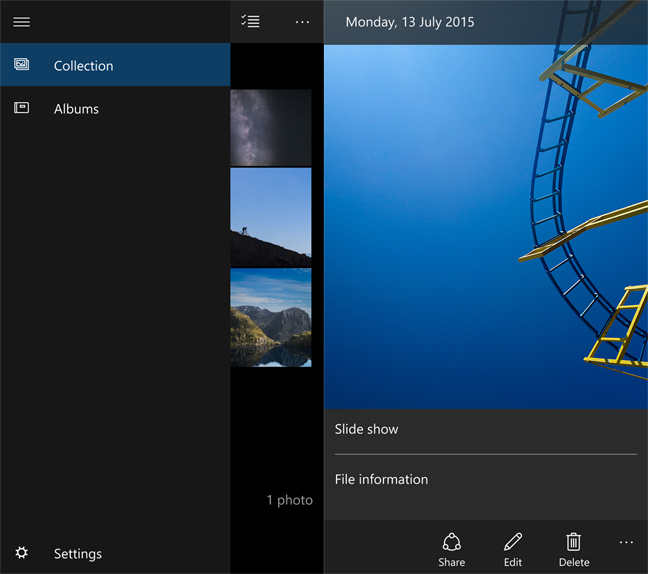 Writing about the full fat Windows 10 and the Mobile cut have made me feel like a primary school teacher, trying to put a kind gloss on some homework handed in by a hopeless but well-meaning pupil. “Great first attempt!” I wanted to write, in that infuriating way teachers do. “Keep practicing, you’ll get there!”.

But in truth it isn’t a first attempt at mobile for Microsoft, it’s the umpteenth, and Windows on phones has gone backwards from Windows Phone 8.1. It's taken something that works and made it harder to use.

No doubt both the full fat Windows 10, and W10M will get lots of spit and polish over the next year. But I’m still left wondering, “why?”. Why remove the charm and usability from Windows, in the mad chase for apps. Loyal fans wanted ideas developed, like the Wide Tiles that Windows 8.1 supports, that show lots of information, just like Android widgets. They haven’t got them.

Is the word SIM here a label, or a button? Have a guess