Two and a half years ago, Overstock.com CEO Patrick Byrne penned an editorial for The Wall Street Journal, warning that widespread stock manipulation schemes - including abusive naked short selling - were threatening the health of America's financial markets. But it wasn't published.

"An editor at The Journal asked me to write it, and I told him he wouldn't be allowed to publish it," Byrne says. "He insisted that only he controlled what was printed on the editorial page, so I wrote it. Then, after a few days, he got back to me and said 'It appears I can't run this or anything else you write.'"

The Journal never changed its stance. But last week, the editorial finally saw the light of day at Forbes - after Byrne added a few paragraphs explaining that naked shorting had hastened what could turn out to be the biggest financial crisis since The Great Depression.

With a traditional short sale, traders borrow shares and sell them in the hope that prices will drop. A naked short works much the same way - except the shares aren't actually borrowed. They're sold but not delivered.

By the middle of the summer, these unresolved "stock IOUs" - as Byrne calls them - were pilling up in four Wall Street giants already struggling to stay afloat: investment banks Lehman Brothers and Merrill Lynch and mortgage finance companies Fannie Mae and Freddie Mac. On July 12, the Securities and Exchange Commission issued an emergency order banning naked shorts in a host of major stocks, and all four of those names were on the list. 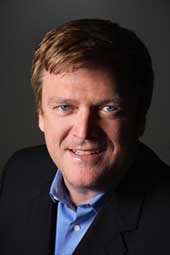 The order expired in mid-August, and in the weeks since, Lehman Brothers has filed for bankruptcy, Merrill Lynch vanished into Bank of America, and Fannie and Freddie were seized by the US government.

Then, on September 17, the SEC issued a new order meant to curb naked shorting of all stocks. "These several actions today make it crystal clear that the SEC has zero tolerance for abusive naked short selling," read a statement from SEC chairman Christopher Cox. "The Enforcement Division, the Office of Compliance Inspections and Examinations, and the Division of Trading and Markets will now have these weapons in their arsenal in their continuing battle to stop unlawful manipulation."

In the wake of the SEC's crackdown, the mainstream financial press has acknowledged that widespread and deliberate naked shorting can artificially deflate stock prices, flooding the market with what amounts to counterfeit shares. But for years, The Journal and so many other news outlets ignored Byrne's warnings, with some journalists - most notably a Forbes.com columnist and former BusinessWeek reporter named Gary Weiss - painting the Overstock CEO as a raving madman.

Byrne has long argued that the press dismissed his views at least in part because Weiss - hiding behind various anonymous accounts - spent years controlling the relevant articles on Wikipedia, the "free online encyclopedia anyone can edit."

"At some level, you can control the public discourse from Wikipedia," Byrne says. "No matter what journalists say about the reliability of Wikipedia, they still use it as a resource. I have no doubt that journalists who I discussed [naked shorting] with decided not to do stories after reading Wikipedia - whose treatment [of naked short selling] was completely divorced from reality."

As recently as last week, Weiss told us he's never even edited Wikipedia. But emails shared with Byrne and The Register show that Weiss has in fact edited the encyclopedia's article on naked shorting. And they indicate he's behind an infamous Wikipedia account known as "Mantanmoreland," an account that - with the backing of the site's brain trust - ruled the articles on naked shorting, Patrick Byrne, and Overstock from January 2006 to March 2008.

A single Wikipedia edit also links the Mantanmoreland account to a PC inside the Depository Trust & Clearing Corporation (DTCC). Owned by Wall Street investment banks that may have benefited from naked shorting schemes, the DTCC oversees the delivery of stocks on Wall Street.

This uncanny tale was uncovered by a former freelance journalist named Judd Bagley, who now serves as a kind of personal researcher for Patrick Byrne. For a while, he drew a paycheck from Overstock.com, before moving to a Byrne-funded company called DeepCapture. Yes, DeepCapture. Byrne has a flair for the overly dramatic.

Writing from the pages of a makeshift website known as AntiSocialMedia.net, Bagley has accused Gary Weiss of not only rigging Wikipedia but flooding countless blogs and stock message boards with anonymous vitriol meant to undermine Patrick Byrne and his views on naked shorting. And he says that Weiss has worked in tandem with several others, including a man named Floyd Schneider.

Initially, Bagley's evidence was circumstantial - a hodgepodge of email addresses, net handles, and IP addresses that pointed to certain individuals without actually pinning them down. But in April 2007, he was contacted by Floyd Schneider's brother, Roger Schneider, a New Jerseyian who ran a local branch of the mortgage brokerage house Nationwide Equity.

Roger Schneider had recently fired his brother from the Ramsey, New Jersey Nationwide office, and he was sitting on Floyd's work PC - which was packed with several thousand email messages. Patrick Byrne soon paid Roger Schneider a visit, and Schneider gave him the machine. Byrne offered $10,000 in return, but Schneider declined. 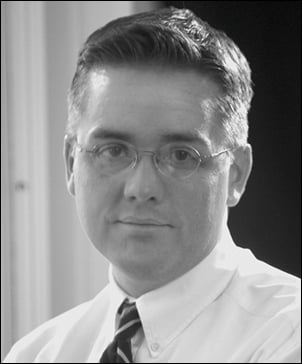 Emails lifted from the PC include correspondence between Floyd Schneider and Gary Weiss, and in one exchange, Weiss clearly indicates he has just edited Wikipedia's article on naked shorting. The text of the article - including the changes he made - is attached to the message.

Wikipedia's on-site records show that these changes were made by the Mantanmoreland account, and changes made just hours earlier came from the IP address in the header of Weiss emails. In short, Weiss' first Wikipedia edits were made before he created an account, then he got wise and hid his IP behind a pseudonym.

The Register first reviewed these emails in December, just before publishing our initial story on the Patrick Byrne-Gary Weiss saga. But at the time, Roger Schneider did not want the emails made public. He has now told us he's comfortable with his story being told.

Jimmy Wales and the SlimVirgin

Weiss created the Mantanmoreland account in January 2006, and for more than two years, the account drove Wikipedia's rather-one-sided treatment of naked shorting. Though Bagley went to extreme lengths trying to expose Weiss, the Mantanmoreland account received heavy protection from the site's inner circle, including Wikipedia co-founder Jimmy "Jimbo" Wales and an uber-administrator known only as SlimVirgin.

It's unclear why. Some argue that Wikipedia circled the wagons simply because Judd Bagley was so persistent in questioning the site's integrity. "I'd say to a point that the reason why Mantanmoreland got such protection was the extreme measures [Bagley] took to 'out' Mantanmoreland as Weiss," says David Yellope, a longtime admin who was instrumental in eventually banning the account.

"Now, admittedly, we - being Wikipedia as a whole - should have listened to Judd in the first place, but there was a long time where Judd's behavior was counter-productive."

And then there's the most bizarre twist in this tale of bizarre twists: The woman behind the SlimVirgin account - once Mantanmoreland's biggest defender - has a history with Patrick Byrne. The Register has also reviewed emails in which SlimVirgin indicates that she was a student alongside Byrne's at King's College, Cambridge in the late 80s.

According to Byrne, there was some unresolved tension between the two. "I don’t know if she liked me or if she hated me, but there were some strong emotions involved," Byrne says. He gives his side of their 20-year-old story here. SlimVirgin did not respond to requests for comment.

(as she appears on

But even Jimmy Wales and SlimVirgin have backed down from the naked shorting issue in recent months, when Mantanmoreland's extreme sockpuppeting was exposed by the Wikipedia community at large - and multiple accounts were linked to Weiss.

"There was significant evidence that tied these accounts to a real-life identity," David Yellope has told us. "When a well-known financial writer was in India for his wedding, two accounts in question started editing on India time."

In late May, these accounts were banned from the site.

Why would someone go to such great lengths to control a few Wikipedia pages? That too is unclear. But according to Wikipedia's edit history, Weiss may have edited the site from inside the Depository Trust & Clearing Corporation.

In December 2006, Mantanmoreland created a Wikipedia article on University Parish of St. Joseph in Greenwich Village. Over the next four months, no other hand touched the article - save a lone edit from the IP address 207.45.43.68 - the address of the DTCC.

Weiss also says he has no connection to the DTCC. And the DTCC says it has no connection to Weiss. "Gary Weiss has never worked for the DTCC. Gary Weiss has never been in our offices," company spokesman Stuart Goldstein told us. "For my own peace of mind - being the communications director of the company who talks to the press - I have shown the [Wikipedia edit history] to a couple of our own IT people and they said that it was not conclusive."

The DTCC oversees stock settlement on Wall Street. In other words, it - more than any other operation - is in a position to observe abusive naked shorting schemes. ®

Update: Originally, this story said that Wikipedia admin SlimVigin had indicated she was a "classmate" of Patrick Byrne. It has been updated to say she indicated "she was a student alongside" Byrne at Cambridge.