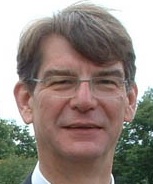 Lilley impertinently pointed out that no cost/benefit case had been made for handicapping shipping and aviation. It was the first mention in the chamber of the cost of the commitments being discussed. Estimates put the total cost of the Climate Change Bill at £210bn, or £10,000 per household - potentially twice the benefits.

Quoting Nordhaus, Lilley noted that Stern ("Lord Stern - he got his reward") had only got his front-loaded benefits by using improbable discount rates - and then only half the benefits of making drastic carbon reductions will kick in by the year 2800. The government has said it wasn't using Stern's discount rates to calculate the cost of shipping and aviation restrictions, but a more sensible and traditional rate of 3.5 per cent instead - yet it refused to reveal the costs. Lilley asked:

"I ask the house - is it sensible to buy into an insurance policy where the premiums are twice the value of the house?"

Liilley was "building a broad case on a narrow foundation", the Deputy Speaker told him. "I really must direct him to the specific matter that's included in these clauses and amendments."

Earlier, the Tories had said they would be tougher on carbon than Labour, and the Lib Dems the toughest of the lot. Much more representative of the tone of the debate was Nia Griffith, the NuLab MP for Lanelli.

Her comments are worth repeating (Hansard link to follow today) because language tells us a lot - not only about the bureaucratic ambitions of the exercise, but how the modern politician thinks about governing.

Griffith told the House that the Bill was "a process not an end in itself", and had great value as a "monitoring tool". 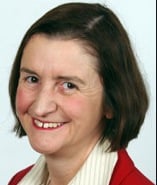 In other words, if you take a gesture, then pile on targets and penalties, you will change people's behaviour. Maybe she hasn't heard of Goodhart's law.

Yesterday, however, it seemed that the only MPs exhibiting enough "consciousness" to actually think - and ask reasonable questions about cost and effectiveness of the gesture - got a good telling off.

The Bill finally passed its third reading by 463 votes to three. ®

The Met Office - one of the keenest advocates of the theory of man-made global warming - predicted this weather for London yesterday.

At 9pm, after snow had been falling for three hours in the city, we learned that, "BBC Weather forecasters say... an area north west of London will get more snow through the evening and it is likely to move further south".

Weather isn't climate, of course. But you can still be equally hopeless about predicting both.

[As of time of writing, the latest version is here plus yesterday's amendment here.]