Opinion On Saturday, January 24th, the Apple Macintosh turns 25. Over the short history of personal computing, no machine has inspired so much love and so much loathing, so many fanatical fans and so many frothing detractors.

No doubt, you have your own. And I have mine. Here, I give you the five best and the five worst Macs of all time.

First, a disclosure: I'm a Mac fan, a fanboi, a Mactard, a Mac addict - depending upon your point of view.

And I have been since before Steve Jobs pulled the first one out of its carrying case 25 years ago. In the early weeks of 1984, when I was working at the Exploratorium, a museum of science and art in San Francisco, we obtained a schematic and drawing of the much-rumored Mac.

I remember poring over those stolen sheets taped above our office coffee machine, joined by a crowd of the museum's artists, scientists, designers, and techies. We were uniformly shocked at how different the Mac looked - different from both our expectations and our experience with previous computers.

And we were hooked.

Now, 25 years later, as I write this using BBEdit 9 on my eight-core Mac Pro, I'm still a Mac junkie.

Keep that in mind as you peruse my best and worst picks from the more than 300 Mac models Apple has released over the past 25 years.

The Five Best Macs of All Time

Macintosh SE/30: It was January 1989, and even we dedicated followers of Macdom were getting itchy for an all-in-one Mac that was powerful enough to properly tackle chores that required more than the meager processing power of the Macintosh SE's 8MHz Motorola 68000. 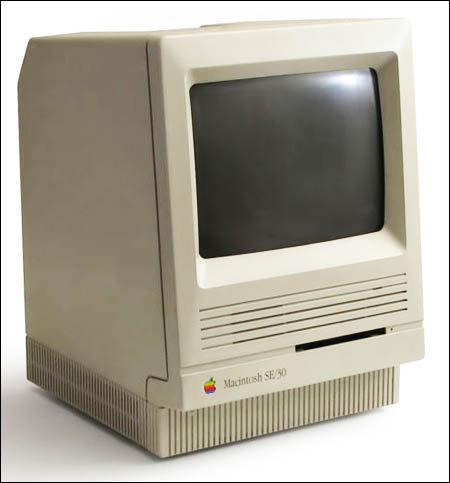 Arguably the finest Mac of all time 1

Macintosh IIci: Truly expandable Macs had first appeared in the form of the Mac II, also the first color-capable Mac, in 1987 - remember NuBus? - then rumbled along with the IIx and IIcx. All were competent machines, but the IIci nailed it, including built-in color, an optional L2 cache, and an under-the-hood improvement that few noticed but all benefited from: 32-bit-clean ROMs.

Along with the SE/30, the IIci was arguably one of the most popular Macs of all time. It even managed to worm its way into corporate environments - and deep into <sniff> the heart of many a Mactard.

Macintosh PowerBook 170: After the raving insanity of 1989's 16-pound, lap-busting Macintosh Portable, the PowerBook line's introduction in 1991 was a revelation.

It may be difficult to remember just how revolutionary the PowerBooks were, with their pushed-back keyboards and trackball pointing devices, but they were inarguably - okay, arguably, for Mac-haters - the best designed, most ergonomic laptops of their day.

Some might vote for the diminutive PowerBook 100, and some might prefer the color PowerBook 180c, but my PowerBook 170 traveled the world with me, jetting to Japan (and fitting on a coach tray table) and joining me in many a hotel bar for late-night article writing. I still have it. I still love it.

The titanium PowerBook G4, released in January 2001 and quickly known as the TiBook, joined 1998's iMac and 1999's Power Macintosh G3 (Blue and White) in proving that Apple was pulling its head out of its butt.

Sleek and powerful (enough), the TiBook pointed toward a future that wasn't going to be candy-colored - and would be smart. It had its flaws - WiFi reception sucked, for example - but it made Apple a player again among business folks.

Mac Pro: As a kid, I was the one playing with trucks. I've always had an affection for muscle (except, I hasten to add, in myself - I've never even seen the inside of a gym). I also have an affection for elegance. Otherwise, I'd satisfy my power hunger with a modded-up Windows box.

The Power Mac G5 was a muscular machine, but limited by its meager two internal drive bays and with cooling challenges that, for example, make it impossible for me to do live-mic work on the dual 2.7GHz Power Mac G5 in my home studio due to its heinous fan noise.

The eight-core Mac Pro, first released in April 2007, when equipped with an added hardware SAS RAID card linked to its four internal drive bays, solved those two problems. It's both gutsy and quiet. Now all that we muscle-lovers need to do is wait for Snow Leopard's OpenCL and Grand Central-based multicore support to get our Mac Pros fully up to speed.

Runners-up: Apple's short-lived Network Server 700 from 1996 may seem an odd choice to include even as a runner-up, seeing how it was a market failure - but this AIX-running, seven-bay, DAT-equipped baby was a beaut.

As I mentioned above, the Power Mac G5 had its faults, but this quasi-steampunk cheese grater was a big step in the right direction. One of its predecessors, 2001's Power Mac G4 (Quicksilver), also deserves mention, as does the oft-maligned eMac, which provided the education market with a decent amount of affordable power tucked into its bulbous body.

The Five Worst Macs of All Time

Even the most rabid Mac addict, trapped irretrievably in Steve Jobs's reality-distortion field, must admit that Apple has released some true dogs in the past 25 years. Here are five that barked louder than the others:

Macintosh Portable: What a stupid machine. Heavy as a sumo, as big as a Samsonite hard-shell, and so poorly designed that you couldn't even run it on AC power because the battery was charged in series with the AC. When its battery ran down, you were hosed.

And did I mention that it cost $6,500, had a non-backlit LCD display (later upgraded), and was powered by a wimpy 16MHz 68000? The ridicule it engendered was deserved. 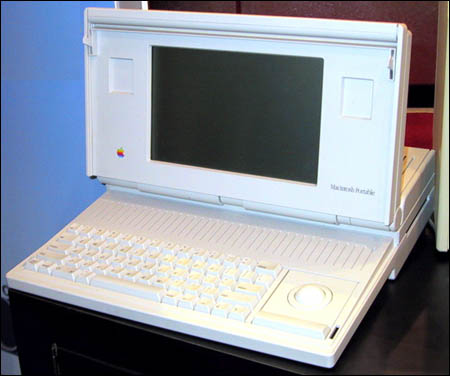 Arguably the dumbest Mac of all time

Macintosh IIvx: This mid-range Mac, introduced in October 1992, wasn't strictly a dog - although its 16MHz system bus certainly pushed it in a canine direction - but it did become the only Mac I've known to have gained the honor of becoming a verb.

When the substantially more-capable and less-expensive Centris 650 was introduced a mere four months after the IIvx, buyers of hardware that went quickly out of date were said to have been "IIvxed."

PowerBook 5300: This blocky, bulky PowerBook became the butt of many a joke when rumors circulated that its defective batteries could burst into flame.

While there are conflicting reports as to whether any production units, which used NiMH batteries, ever actually did, there are many reports of pre-production lithium-ion models doing so. No matter - the 5300 suffered from enough other problems to doom it to failure. No Ethernet port? No L2 cache? Hinge and AC-adapter failures? Check.

Despite its many flaws and recalls, however, Jeff Goldblum was able to use a PowerBook 5300 to save the world in Independence Day. So I guess it was worth manufacturing after all.

It wasn't. The Power Macintosh 4400 of November 1996 is widely regarded as one of - if not the - least distinguished Macs of all time. The best thing you could say about it was that it worked. Unless its PRAM battery was dead. In which case it was merely a large, clunky, ugly doorstop.

Style is, of course, a subjective concept, but nowhere near enough Mac users were captivated by the TAM's flat-panel display, Bose sound system, external subwoofer, and other niceties to pop $7,499 for it. The price was soon reduced to as low as $1,999, but it was too late. The TAM had muffed its chance and was gone in a year.

Runners-up: Close behind in dogginess are two entire Mac lines: the Power Mac/Performa 5200/5300 and 6200/6300 series of the mid-90s. The mere difficulty in identifying these pooch litters illustrates the confusion facing Mac buyers during that unfortunate time. Among their other warts, the motherboard designs of these Macs crossed a 64-bit chip with a 32-bit bus with exactly the performance hit you'd expect.

Then there's the Power Mac G4 Cube of July 2000. While many stylistas might rank the Cube as one of their five best, for my money - and the Cube wasn't cheap - its glossy transparency didn't make up for its lack of expansion capabilities.

Finally, I'll toss in the original Macintosh, which later became known as the Macintosh 128k. Before you fire off an angry comment, let me remind you that Apple soon agreed with me and raised the original Mac's ludicrously low RAM allotment when it released the 512k "Fat Mac" only eight months later.

By then, a buddy of mine at the Exploratorium had already removed the RAM from our 128k Mac and bumped it up to 512k himself. If you ever tried to copy a floppy on a single-drive 128k Mac, which required an insane amount of disk-swapping as the floppy's contents were loaded into limited RAM, you'd know why. ®