Photos You can break into Apple's new Mac mini, but it's nerve-wracking. However, if you do, you can up its storage capacity to one terabyte.

On Wednesday, the folks at Mac repair-shop and parts-supplier iFixit tore a new 20-inch iMac into pieces. Today, they did the same with the new Mac mini.

Popping open a Mac mini for the first time is not for the faint of heart. Unlike the iMac teardown, which requires only a full complement of Torx drivers and a pair of dent-puller suction cups, disassembling a Mac mini requires a putty knife, serious leverage, and nerves of steel. After you've done it once or twice, however, it's easy.

Before we pry apart Apple's dwarfish desktop, let's take a look at its three main incarnations since the Mac Mini's original release in January 2005. 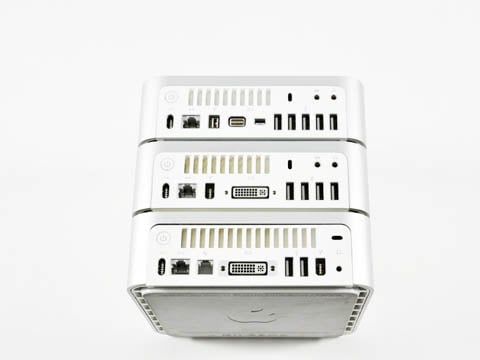 The original Mac Mini was a PowerPC G4 machine, which went through a few upgrades before it was discontinued in February 2006. The PowerPC G5 never made it into a Mac Mini, running too hot for its tiny confines.

The first Intel Core Duo/Solo Mac Mini showed up in February 2006, ditching the modem and doubling the number of USB ports. It went through one processor upgrade, then received an Intel Core 2 Duo in August 2007.

Earlier this week, it received a more-powerful build-to-order Core 2 Duo and an additional USB port, swapped its DVI port for a Mini-DVI port and a Mini DisplayPort, upped its Firewire port from FW400 to FW800, and moved to an Nvidia GeForce 9400M integrated-graphics subsystem. 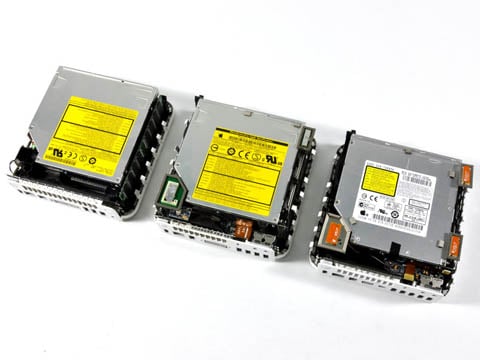 From left to right: the old, the middle-aged, and the newborn

The original Mac Mini had a toy surprise inside - one that was never used: an extra Firewire connection underneath its top. Rumor had it that it was originally was intended to support a built-in iPod dock. As you know, that dock never materialized. 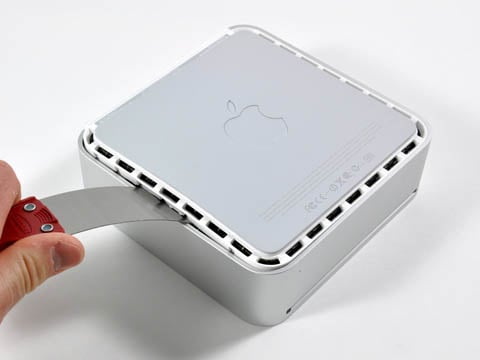 Opening the new Mac Mini, as was true with its previous incarnations, takes mildly inflated cojones. To do so requires that you insert a putty knife between the case and the bottom housing and pry up the innards, bit by bit, moving around the case.

We strongly suggest that you read iFixit's full instructions before attempting this and any further disassembly - and if you break something, don't come crying to us. 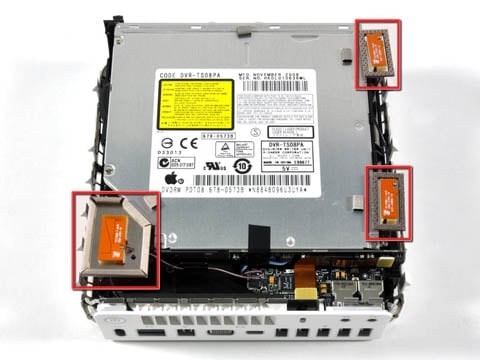 Two antennae on the right for MIMO 802.11n, one on the left for Bluetooth

Once you remove the case, you'll see three antennae. You'll need to remove them before you can go any further in your disassembly efforts. 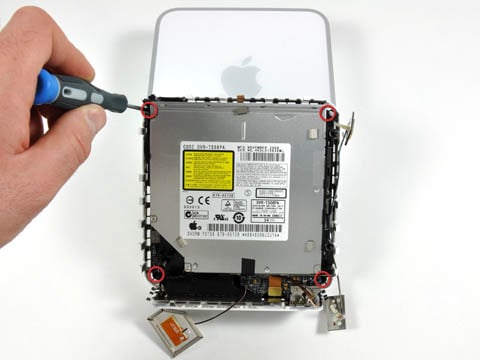 Black screws in a black case are hard to spot

Four well-hidden Phillips screws fasten the Mac mini's internal frame to the bottom housing. If you want to go further - if, for example, you're in there to install RAM, swap your hard drive, or perform an optical-drivectomy and add another hard drive - you'll need to remove them, then separate the bottom housing from the frame. 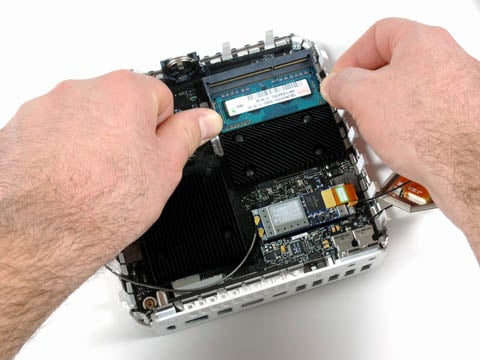 The bottom housing contains the Mac mini's logic board and SO-Dimm slots. Swapping Ram is as easy as, well, swapping Ram - there are two SO-Dimm slots that support up to 4GB of 1066MHz DDR 3 SDRam Swapping the CPU is different matter - it appears to be soldered in place.

The other half contains the hard drive and optical drive, both of which as simple to remove and replace - simple, that is, if you follow the instructions. 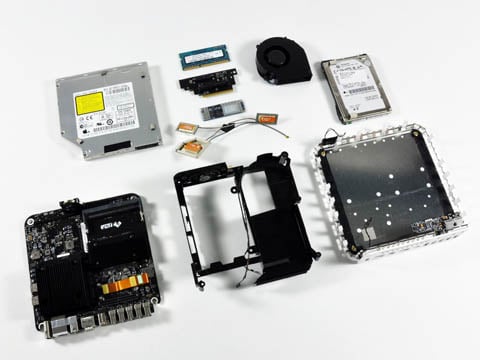 Now it's time to put it all back together again

The iFixit folks call this disassembly "a lot simpler than the iMac." The first time we did it, however, the putty-knife step was nerve-wracking - we greatly prefer good old-fashioned screws over plastic pressure-clips. Your mileage - and cojones - may vary.

Photos produced with permission from iFixit.