Big news for flying-car lovers today, as US military boffinry chiefs have unveiled full details of their plan to produce an excellent flying Humvee or sky-jeep type vehicle - and have a prototype flying by 2015.

Plans for the so-called "Transformer TX" were revealed in Pentagon budget documents last year, but details were sketchy. Now a full announcement (pdf) has been made, inviting proposals both from companies or organisations capable of designing the entire vehicle and others who would develop enabling technologies. 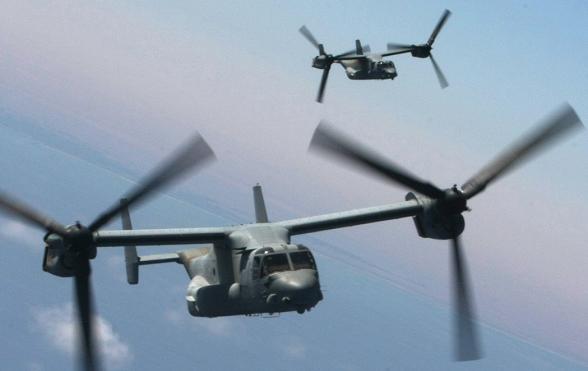 A bit less of this, please

One need hardly add, of course, that the military boffinry shop in question is none other than DARPA: the agency which, just occasionally, produces the technological equivalent of the complete works of Shakespeare - but which also cranks out a hell of a lot of monkey sonnets.

In this case, the federal techno bad boys of DARPA have decided to have a crack at a real, no-shit flying car: and probably not just an ordinary car, but an off-road one to boot. They don't want a light plane that you can drive on a road, like the Terrafugia Transition. They don't want a paramotor, either. According to the Transformer TX announcement issued yesterday:

The Government’s envisioned concept consists of a robust ground vehicle that is capable of configuring into a VTOL [Vertical Take Off and Landing] air vehicle with a maximum payload capability of approximately 1,000 lbs.

The sky-jeep should be able to carry four fully-equipped troops, or alternatively one stretcher and one medic. It should be no bigger than 30 feet long by 8.5' wide and 9' high in ground configuration - on the order of two Hummers nose-to-tail - and should have wheels and suspension giving "road performance similar to an SUV" and "capable of handling light off-road travel".

In addition to being a capable ground vehicle, the TX should be able to lift off and land "without forward motion" and thereafter climb at least one unit upward for every six moved forward at sea level, or a minimum of 1:10 at higher altitudes. It should cruise in forward flight mode at speeds "representative of a light single-engine aircraft" and be able to achieve altitudes of 10,000 feet.

Who in the US military would be interested in some kind of wacky hover-car plan?

The TX should be able to cover 250 miles on a single tank of fuel, using a combination of flight and ground movement: DARPA have specified several desired mission plans. One, for instance, would see a TX lifting off from a foward base in Afghanistan and flying 60 miles to leapfrog over the belts of mines, booby-traps and roadside bombs which typically encircle such bases. It would then carry out a 100-mile patrol on the ground, enabling its occupants to stop and talk to people, set up checkpoints etc, before hopping back across the minefields to its base.

Other mission plans would see TXs flying themselves ashore from ships at sea, carrying out medical evacuations, or stealthily resupplying covert special-ops teams by landing and driving the last part of the route. DARPA specify that the TX should be "at least as quiet as a conventional automobile" when driven on the ground and as quiet as "a single engine helicopter in flight mode".

DARPA projects need to be at least nominally aimed at fulfilling a military task for one of the US armed forces, and in this case the hook on which TX is hung is the US Marines' recent concept of "Enhanced Company Operations" or ECO. The Marines are much more broadminded about wacky hover aircraft concepts than the other US services - they have been a major force in the development of jumpjets like the Harrier and the F-35B, and are the primary users of the amazing V-22 Osprey tiltrotor - so they're probably a good fit for this.

The idea of ECO is, put simply, to let rifle companies* operate more independently by giving them more of the tools normally found attached to larger formations like battalions and above. This can make a lot of sense in modern wars where a company commander and his people may find themselves far from their battalion/battlegroup HQ and its specialist supporting units, yet responsible for a big area.

Previous ECO initiatives have given US Marine company commanders their own intelligence cells, and let units as small as squads have over-the-horizon comms, close air support and other things which would normally be found only at bigger headquarters.

ECO proponents would also like a Marine company to be able to have its own air mobility, in particular for logistics and casualty handling and for such purposes as moving from ships to shore. So far this sort of thing has always been done using helicopters and Ospreys, but by their nature these machines can't really be company-level equipment: they are huge and manpower-intensive, such that a detachment of a few choppers would often be accompanied by more personnel than a rifle company has altogether and would be commanded by an officer at least equal in rank to the company commander. Every Marine aircraft at the moment is piloted by a wings-on-chest officer.

It'll be no good telling the girls 'I'm a pilot' any more. 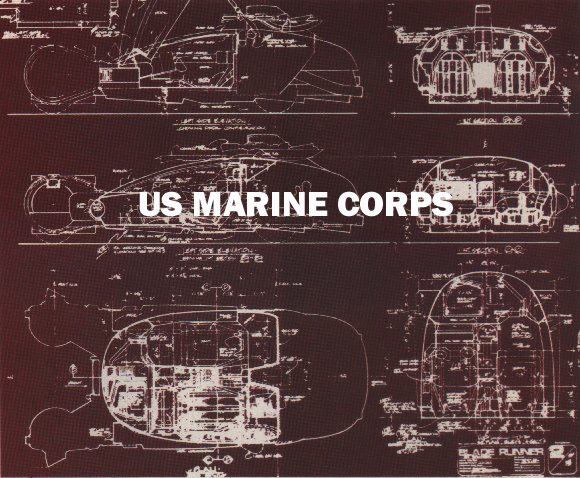 Something a bit more like this is what we want

The TX would be different, though. DARPA specifies that it should be capable of completely unmanned flight operations, much like the robotic supply choppers also being examined by the Marines right now. While the TX would generally fly with personnel aboard, they wouldn't be highly-trained officer-class pilots: any lance-corporal with the right tick in his personnel file would be able to pilot one, just as he might drive a Humvee.

In most cases, making a flight would call for nothing more demanding than selecting a destination from a preprogrammed menu or keying in some coordinates, though DARPA says that a "range of operation from fully autonomous to being able to have the operator make flight steering commands in real time" is "desirable".

But how is all this to be achieved?

DARPA have some suggestions:

It's also specified that "contained propulsion (no exposed rotors) is highly recommended" and that "disk loading should be minimized to maximize VTOL operational capability".

This would seem to point to large, low-disc-loaded ducted fans as the VTOL propulsion, perhaps swivelling tiltrotor-style to provide thrust for forward flight or using venetian-blind slats as in the Israeli "AirMule" vehicle. Something along the same general lines as the human hover-gunships from Avatar, maybe, though hopefully rather more effective.

DARPA also seem to be looking at a Toyota Prius -esque electrical hybrid transmission between the prime mover - gas turbine or trendy low-maintenance heavy fuel engine - and the actual whirlers and wheels. This could help a lot with making the machine quiet, and the supplementary "advanced batteries" might deliver the peak power needed for VTOL or hover, topping themselves up at times of lower demand such as forward flight or ground driving.

Alternatively a "jump takeoff" system such as that on the Carter Copter might use inertial energy stored in spinning fans rather than electricity held in batteries to make a vertical liftoff - or both, or something else altogether might be employed.

Transformer TX is a tall order, but DARPA want it filled pronto - and they don't expect to spend much money either (not much money in a US military flying things context, anyway). A prototype intended to show the feasibility of a later production model should be in ground and flight tests no later than 2015, and cost no more than $43m plus some smaller, <$1m sums paid to develop necessary subsystem technologies.

That said, costs are to be reduced by the fact that test flights needn't be carried out with people aboard:

To mitigate the costs associated with flight certification within this program, the protoype will not be required to be flown with human occupants. Instead, automated flight within a military controlled airspace where executable scripts and/or remote control is permitted will be the recommended approach to demonstrate flight performance. It is expected that VTOL, transition between vertical and forward flight, cruise flight, ground travel, and vehicle reconfiguration will be demonstrated ... Full mission cycle demonstration is not expected, but representative critical transition elements of operation (e.g., VTOL, cruise, ground travel) will be expected with an extrapolation of fuel/energy consumption to show the ability to meet the four representative mission cycles.

Like DARPA's most famous past success (the internet), the Transformer TX would perhaps be even more significant in the civilian world than in the military. Unlike existing personal aircraft such as light planes, Terrafugia Transitions, motorised parachutes etc, it would be pretty much a Jetsons or Blade Runner flying car.

It would genuinely be able to lift off and set down in rooftops and streets, and quiet enough to do so without violating noise ordinances. It would be able to drive properly on the ground. Its robotic autopilot would remove the need for expensive, perishable piloting and instrument-rating skills which is such a burden for today's private pilots. Automated operation, in conjunction with automated air-traffic systems of the sort now in development, would have the potential to eliminate the destructive human errors which could make a sky full of flying cars undesirable.

Better still, a machine which had only cost $43m to reach flying prototype stage would also have the potential to be cheap enough, if mass produced, for fairly ordinary people to own one.

Like all DARPA projects Transformer TX is unlikely to succeed at all. Even if US Marine rifle companies one day do ride to war in handy four-man sky jeeps rather than cumbersome choppers or Humvees, that doesn't necessarily mean flying cars for all any more than Harriers or Ospreys did.

But we can still hope - and we here on the Reg flying-car desk will certainly be following the Transformer TX project with interest as long as it lasts. ®

*A US Marine rifle company has three rifle platoons and a weapons platoon plus headquarters personnel, nowadays often supplemented under ECO doctrine. Under the "rule of three" each platoon has three squads, each squad has three fire-teams and each fire-team is made up of three Marines plus a team leader. All up a USMC rifle company will have between 160 and 200 personnel, somewhat larger than a typical British Army rifle company or Royal Marine close-combat company. Despite this the US Marine company is commanded by a Captain while equivalent British units are commanded by Majors.