A long-lost Soviet solar/nuclear robot buggy - mislaid in the early 1970s - has been found on the moon by a NASA survey satellite. 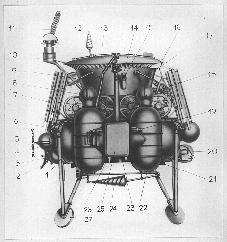 The vehicle in question is the Lunokhod 1 rover, which landed in the Mare Imbrium aboard the Luna 17 lander in 1970. During the fortnight-long lunar days the machine was able to prowl about on electric drive, topping up its batteries using the fliptop solar panel mounted above its tub-like main body. During the long, chilly nights the lid would shut and the systems inside the tub were kept alive by a Polonium-210 radioisotope powered heater.

Lunokhod 1 stayed in touch with Soviet ground controllers for no less than 11 months, prowling the moon even as the US astronauts of Apollo 14 and 15 were driving about elsewhere in their manned moon buggies. However the robot crawler eventually ceased communications, and the project was officially terminated on October 4, 1971. 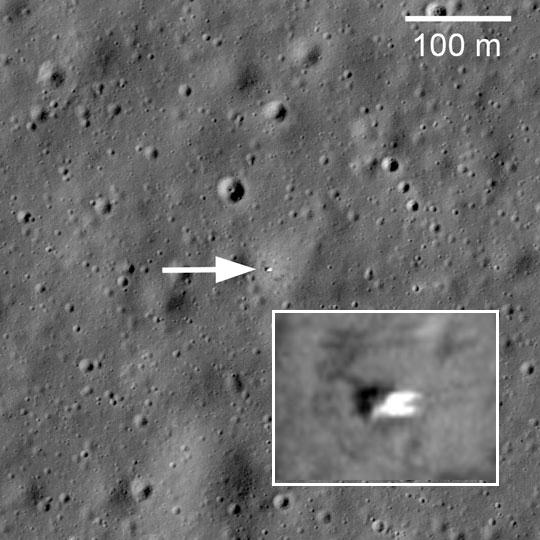 Damn it Sergey, stop driving round and round the bloody lander and get going.

The Lunokhod carried a French-made reflector unit, intended to help with measurements of the moon and its orbit, which should have meant that the defunct rover could be easily located from Earth.

However the Soviet operators had only a sketchy notion where their craft actually was at any given time and in fact since Lunokhod 1 went off-line nobody has known exactly where it finished up. (The Russians went so far as to cadge US Apollo photos of the moon's surface for the subsequent Lunokhod 2 mission.) The reflector doesn't perform well enough for Earthly astronomers to pick up sunlight from it, and the alternative technique - beaming a laser from Earth at the rover and looking for the reflected light - requires that one have a fairly close idea where it is in order to aim the laser.

A team of boffins in California, whose research involves measuring the Moon's orbit with extreme precision in order to test Einstein's theory of general relativity, have long made use of other lunar reflectors left by the Apollo programme.

"We yearned to find Lunokhod-1," says Professor Tom Murphy, head of the moon-gazer team. "It would provide the best leverage for understanding the liquid lunar core, and for producing an accurate estimate of the position of the center of the moon—which is of paramount importance in mapping out the orbit and putting Einstein’s gravity to a test," he adds.

'It's got a lot to say after forty years of silence'

Now and again over the years Murphy and his fellow boffins would fire a blast of laser illumination at a likely area on the Moon and look out for a reflection in their powerful telescopes, but it turned out that the best guess as to the rover's final resting place was wildly out. 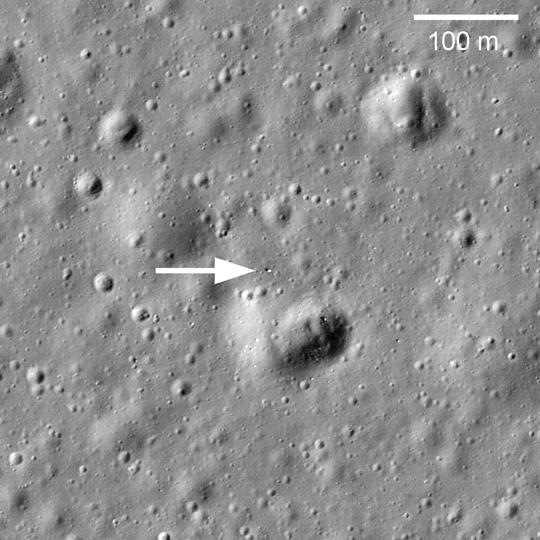 Old car lying about in the front garden in a less classy neighbourhood of the Mare Imbrium.

“It turns out we were searching around a position miles from the rover,” said Murphy. “We could only search one football-field-sized region at a time."

Salvation came last month, when NASA released a tranche of detailed orbital photos of the Mare Imbrium, taken by its new Lunar Reconnaissance Orbiter (LRO) satellite as it made repeated passes just 30 miles above the surface. With these, it was possible to finally get a decent idea where the lost Lunokhod and its parent lander were.

"The recent images and laser altimetry from LRO provided coordinates within 100 meters, and then we were in business," says Murphy.

Lunokhod 1's successor, Lunokhod 2 - nowadays the property of wealthy game developer and space tourist Richard Garriott - was also recently relocated with the aid of LRO photographs. Its reflector, unlike Lunokhod 1's, would provide a weak laser return, but because of the uneven way in which known laser reflectors are positioned on the Moon it couldn't be pinpointed on a map with any accuracy until LRO came on the scene. ®