In December 2008, Virginia-based deputy sheriff Arthur Weston Staples III received a visit at home from police investigating claims he had traded child pornography images online. The former Vietnam vet, who had no previous offenses, was eventually sentenced to more than 17 years in prison after investigators found 400 to 600 illegal images, according to court documents.

The 210-month sentence can be considered modest compared with the life sentences dished out in many child pornography convictions. But in a twist, Staples was also ordered to pay $3.68m for his possession of a single picture taken more than 10 years earlier of a girl being severely sexually abused when she was eight years old. The restitution was awarded to “Amy,” the pseudonym of the victim, who is now 21 and has filed almost identical claims in some 600 other federal prosecutions over the past 18 months.

Over the same period, a separate survivor of sex abuse images identified only as “Vicky” has submitted some 80 claims under the same law, known as the Mandatory Restitution for Sexual Exploitation of Children Act.

Courts have responded to the flood of restitution requests with widely varying rulings. In sharp contrast to the outcome in Staples's case, the federal judge presiding over a separate child pornography trial in the Eastern District of Texas refused to award any restitution at all, even though two of the illegal images defendant Doyle Randall Paroline admitted to possessing were identified as depicting Amy. That ruling is now on appeal before the US Fifth Circuit Court of Appeals, where oral arguments are scheduled for this Thursday.

The new legal maneuver comes as the internet has fundamentally changed the way child abuse images are trafficked. It also comes as federal prosecutions for child pornography have skyrocketed over the past 15 years. In 1995, there were 50, according to the National Center for Missing and Exploited Children. Last year, there were almost 2,500.

There are at least 730 federal prosecutions that involve images from the series, according to court documents. The National Center for Missing and Exploited Children has said the pictures have been actively traded since 1998 in more than 3,227 cases.

New York attorney James Marsh, who represents Amy, hired a psychologist and economist to evaluate her and calculate the damage that has stemmed from her abuse and the continuing distribution of the images documenting it. Accounting for lost wages, counseling and lawyer fees, they settled on a price of $3.37m.

Part of that damage, Marsh and his client argue, results from the continuing trauma of knowing that her images remain widely available.

“Every day of my life I live in constant fear that someone will see my pictures and recognize me and that I will be humiliated all over again,” she wrote in a victim-impact statement (PDF) that has accompanied each restitution claim. “It hurts me to know someone is looking at them – at me – when I was just a little girl being abused for the camera. I did not choose to be there, but now I am there forever in pictures that people are using to do sick things.”

The claims demand that each person convicted of possessing even one of the images pay her damages until the threshold $3.37m is reached under a legal doctrine known as joint and several liability. Under the theory, Amy will stop collecting once the figure is reached. Any defendant who was forced to pay more than another is free to sue the other for compensation.

“Each and every redistribution of the images causes a distinct injury to the victim,” Marsh told The Register. “It's a very deliberate act that they choose when they go seek images of my client out.” 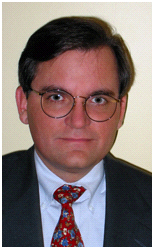 on behalf of "Amy"

Critics of the tactic – which include a fair number of judges – don't see it that way. With such images only a few clicks away, and given the ability to make an unlimited number of copies of the original, those who possess the contraband are often far removed from the people who produced it or physically abused the child. And yet the restitution claims make no distinction between the harm done by a person who downloaded a single image and the person who inflicted the abuse in the first place and captured it on film for all to see.

“The losses described in Amy's reports are generalized and caused by her initial abuse as well as the general existence and dissemination of her pornographic images,” US District Judge Leonard Davis, wrote in December when rejecting her claim against Paroline, the defendant in the Texas case. “No effort has been made to show the portion of these losses specifically caused by Paroline's possession of Amy's two images.”

The judge went on to express symathy after concluding that Amy will continue to suffer harm from the pictures for the rest of her life.

“However, the court's sympathy does not dispense with the requirement that the government satisfy its burden of proving the amount of Amy's losses proximately caused by Paroline's possession of her two images,” he continued. “Although this may seem like an impossible burden for the government, the court is nevertheless bound by the requirements of the statute.”

The statute mandates restitution in any child exploitation conviction for the “full amount of the victim's losses” and specifically includes costs incurred by medical services, physical and occupational therapy, lost income and attorneys' fees. It also specifies “any other losses suffered by the victim as a proximate result of the offense.”

Marsh and other child victim advocates argue that the requirement to prove the convicted person proximately caused the damages, applies only to this last catchall item. The other losses need only be established by a preponderance of the evidence, which is almost always satisfied by a conviction that includes one or more images of the victim.

“The possession alone is sufficient to establish the causal link you need for restitution,” said Meg Garvin, executive director of Lewis & Clark College's National Crime Victim Law Institute. “In every possession case, there is additional harm being caused to the victim and therefore you meet all the tests and restitution becomes mandatory. All of the defendants who possessed the image of Vicki – all of them – owe her the full amount of restitution.”

But critics said an award can be granted only when prosecutors show the offense was the proximate, or direct, cause of a victim's losses. And some also question the wisdom of creating cash rewards for victims who emphasize just how badly the offenses continue to harm them.

“There's always a risk in the awarding of restitution that not only a victim is essentially incentivized to assert her harm is as great as possible,” said Douglas Berman, a professor specializing in federal sentencing law at Ohio State College of Law. “What really concerns me is we've created an environment in which she will benefit by asserting that she continues to suffer the harms of these crimes.”

Some of the most outspoken critics remain the judges charged with ruling on the restitution requests. One of the more recent rejections came in August when a federal judge in North Dakota refused Vicky's restitution request against convicted child pornography possessor Louis Solsbury. The judge went on to call the new tactic “an evidentiary nightmare” because for victims such as Amy and Vicky there are literally hundreds of thousands of individuals who have contributed to their considerable losses.

“The court is unable to determine, with any reasonable certainty, what losses are attributable to the egregious acts of sexual abuse committed by Vicky's father, what losses are attributable to the countless others who have received, distributed, or possessed the images, or what losses were caused by this particular defendant's conduct in possessing the pornographic images in North Dakota,” US District Judge Daniel L. Hovland wrote.

“Without more specific evidence, any award of restitution would be an arbitrary calculation based on speculation and guess work, at best. The decision to award restitution in these types of cases should be, and needs to be, based on some semblance of reason, common sense, and fairness rather than speculation.”

The ruling is now under review by the US Eighth Circuit Court of Appeals. Including rulings in the Solsbury and Paroline cases, there are at least four decisions under appeal, prompting predictions that it's only a matter of time until the US Supreme Court takes up the issue.

But some, including Ohio State University's Berman and at least one jurist, say courts aren't the best venue for settling the issue.

“The undersigned believes that the controversial subject of restitution awards in child pornography cases is one best left for congress to resolve,” Hovland wrote. “These troublesome cases cry out for an appropriate restitution remedy but one best determined by congress – not by a variety of conflicting and inconsistent awards and decisions as have evolved over the past year.” ®