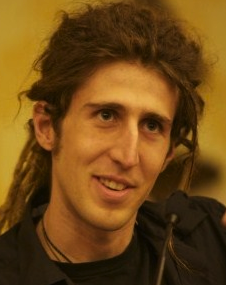 Even if CAs tightened the vetting process for the credentials they issued and locked down their networks against hack attacks, bad certificates will occasionally get issued. In theory, there is a mechanism for checking the validity of certificates in real-time to protect against this. Using a process known as OCSP, or Online Certificate Status Protocol, browsers are supposed to check a database maintained by the CA that issued the credential to make sure it hasn't been revoked.

But researchers have demonstrated that OCSP, and an earlier database known as certificate revocation lists, are easily defeated. Since those performing man-in-the-middle attacks by definition have the ability to monitor, block and alter data being sent to and from an intended victim, it's trivial for them to replace a CA message warning that the credential is no longer valid with a response that says the server is temporarily down. SSLStrip, the SSL-hacking tool Marlinspike released in early 2009 performs this OCSP-workaround automatically.

With the exception of Opera, every major browser that receives the faux error message will proceed with the transaction. The reason for the so-called soft fail: OCSP server outages are far too common. If browsers invalidated a certificate each time they were unable to get an up-or-down response from a database, there's the potential for millions of transactions to be rejected. E-commerce companies would be sure to howl, as would their customers.

“I really wish that browser people put a requirement to every single certification authority to say: 'Guys, you have to have this infrastructure that can respond within these parameters,” said Comodo CEO Melih Abdulhayoglu. “The industry is not able to achieve that because we have to have the lowest common denominator in the equation. The industry has to have a requirement to get OCSP fully deployed.”

Abdulhayoglu is also critical of the entire certificate market for selling credentials for as little as $8 apiece. The low cost means CAs can only turn a profit by doing as little vetting as possible and relying on automated mechanisms that are more susceptible to attacks than those that require the intervention of humans. As a result, he said, more than 50 percent of certificates fall into a category known as DV, or domain-validated, which certify only that the applicant had some measure of control over the domain name at issue.

Organization-validated and extended-validated certificates, by contrast, require much higher levels of vetting that can only be carried out by an issuer's employees. They therefore come at a much higher cost, about $80 for the former and $300 for the latter. Only about 3 percent of certificates use extended validation, he said.

Abdulhayoglu has proposed that the industry provide DV certificates for free, with the caveat that browsers no longer display a padlock icon when connected to sites that use them.

Of course, the Comodo CEO is the subject of plenty of criticism himself. After all, last month's counterfeited certificates for Gmail, Skype, Hotmail, Yahoo and Mozilla used his company's root certificate, which Comodo alone is responsible for securing. The forgeries came about after someone breached the servers of one of Comodo's certificate resellers, which had access to the CA's signing mechanism.

Abdulhayoglu has responded by revoking privileges for all of Comodo's so-called registration authorities. He declined to specify how many RAs his company used, except to say there were fewer than 100 of them.

Abdulhayoglu has also taken heat for claiming the counterfeiters were acting on behalf of the Iranian government, even though his sole support for that contention is Iranian IP addresses used to hack into the RA's system and to test the validity of one of the forged certificates.

Even after the purported hacker stepped forward to say he acted on his own and provided incontrovertible proof he had access to one of the forged certificate's private key, Abdulhayoglu has continued to insist the attack could only have been carried out by a well-funded, state-sponsored actor.

His claim is that the attackers used a “zero-day vulnerability followed by reverse engineering” of code taken from the reseller's fully-patched server.

According to an interview the purported hacker gave to Rob Graham, CEO of Errata Security, the zero-day exploit involved a SQL injection, which is the most common form of attack on the internet. The code that was reverse engineered was written in Microsoft's C#, which unlike languages such as C++, is extraordinarily easy to decompile.

“This is again the attempt by the CEO to be disingenuous,” said Graham, whose company regularly carries out penetration tests to gauge the security of clients' systems. “We've done hacks like this, so when he says it was so complex it must have taken a team, no. We've done simple hacks like that that took one person one day.”

Whatever exaggerations or unsubstantiated claims Abdulhayoglu has bandied, the CEO should be commended for admitting the shortcomings of the industry he is part of. He was a founding member of the CA/Browser Forum, the group that got extended validation certificates off the ground. He also backs other industry initiatives to improve SSL security, including the Certification Authority Authorization Resource Record currently under consideration by the Internet Engineering Task Force.

Another proposal under consideration is known as the DNS-based Authentication of Named Entities. It would go a long way to locking down the SSL system, but it requires the implementation of DNSSEC, or DNS Security Extensions. The cryptographic system for improving the security of the internet's domain-name lookup system has been gaining steam, but it's got a long way to go.

Another initiative includes the Google Certificate Catalog, which indexes technical details of all SSL certificates spotted by the search engine's agents

Given the growing sophistication of hacks that have hit Google and what many believe could be hundreds of other companies – virtually all of which count on SSL to secure their internal networks – here's hoping the industry puts aside its security theater antics and heeds his calls for reform.

“It's pretty crappy, but it's what it is now,” White Hat Security CTO Jeremiah Grossman said, referring to the SSL system. “It is definitely weak. It could fall down at anytime.” ®