Archaeologic Personal computing may have originally been more ‘computing’ than ‘personal, but that changed in the late 1970s in the US and, in the UK, during the early 1980s.

In the first part of ‘A History of Personal Computing on 20 Objects’, we saw how computing went from maths gadgets to first mechanical, then electromechanical and finally electronic number crunchers, and then the steady shrinkage of systems from room-size to table-size to the desktop and the first machines designed to be used one-on-one.

Now we move into the later quarter of the 20th Century and bring our story up to the present day with the rise of the desktop computing standards, and the inevitable move to mobility: luggables to laptops to PDAs, smartphones and tablets. The era of truly personal computing on the move. 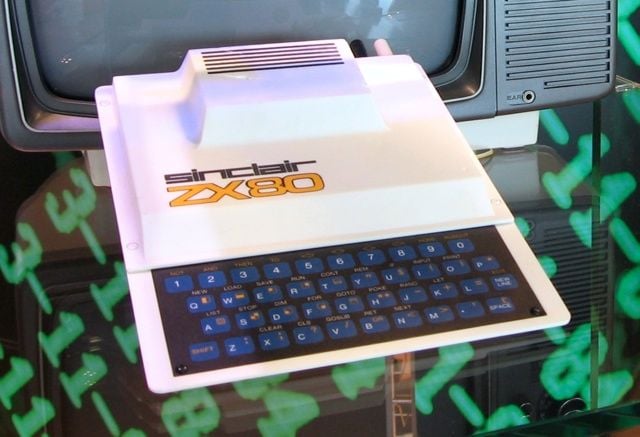 Sinclair’s ZX80 - released in 1980 though named after its CPU, the Zilog Z80 - was arguably the first British personal computer. Sir Clive Sinclair’s Science of Cambridge had released the MK14 in 1977, and Acorn had released a similar product, the System 1, in 1979, but both were simply boards with an LED for output and numeric keys for input. Both were intended for techies. The Jim Westwood-designed ZX80 - closely followed by the Acorn Atom - was the first British computer cased and equipped with a Qwerty keyboard to be aimed at individual, ordinary users, and the first British micro to go on sale for under £100. Some 50,000 would be sold before the ZX80 was discontinued in 1981. 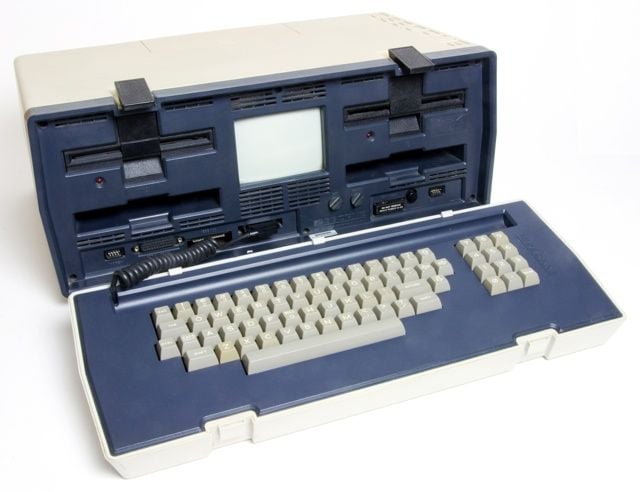 Any microcomputer might be considered portable - just pick it up and move it, then go back for all the other bits - but the Osborne 1 was the first machine to be designed specifically with portability in mind. Weighing in at 10.7kg, it was no easy carry, but within its casing it packed all the components of a desktop machine: keyboard, display - a 5in CRT - ports, power transformer - but no battery - and a pair of floppy disk drives. This was a machine you could take from place to place, plug in and use, rather than a device to be used while travelling. To make the 1 more appealing, Osborne bundled word processing, spreadsheet, Basic and, later, database software with the machine. 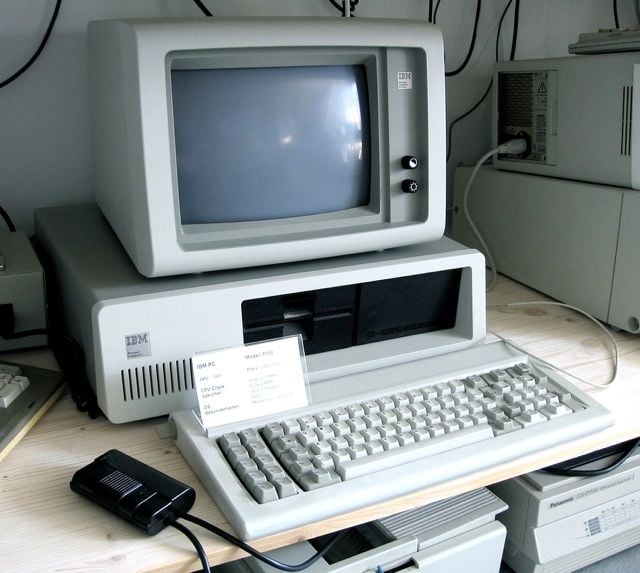 Built on the quiet at a time when IBM was keener to sell mainframe and minicomputer systems, the PC - originally dubbed the IBM 5150 - by necessity used off-the-shelf parts. After the computer’s launch, on 12 August 1981, it became a huge success, appealing to the growing number of businesses who wanted to adopt computer technology but needed the reassurance of a major brand like IBM to do so. Its success spurred rivals to buy in the same third-party components - most notably the Intel CPU and Microsoft’s DOS - and figure out how to make their systems run software designed for the IBM. The clone market was born and the IBM PC became the desktop computer standard on the back of it. 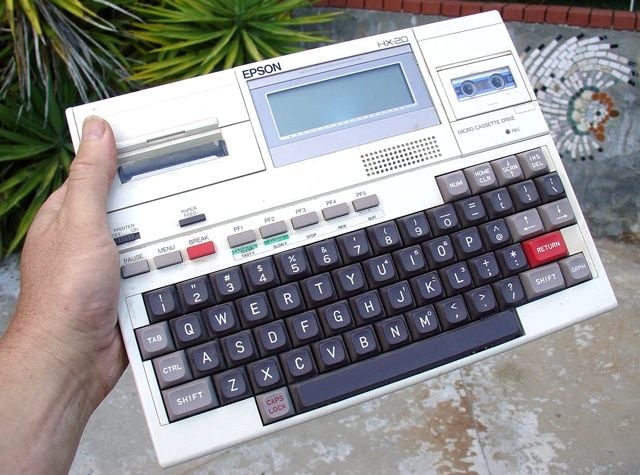 Epson’s HX-20 was the world’s first mobile computer. Unlike the Osborne 1 - which launched seven months before the Epson’s November 1981 introduction - the HX-20 had an on-board battery allowing it to be used on the move. The A4-sized unit featured a full keyboard; a 120 x 32 pixel, 120-character by four-line LCD display; a calculator-style integrated printer for hardcopy output and, on some models, a built-in microcassette player for data and program storage. It had 16KB of Ram, kept powered as long as the battery had charge. 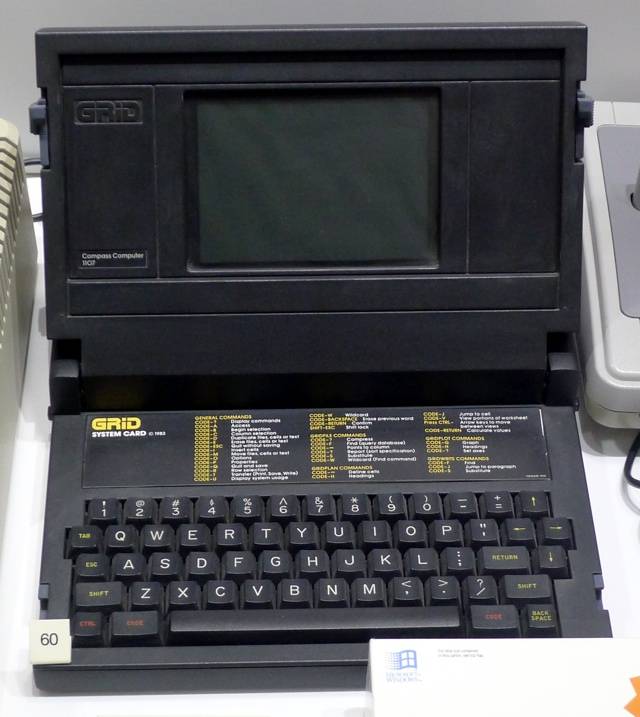 Monstrously expensive and aimed at advanced military and aerospace applications - Nasa was an early customer - GRiD’s Compass, released in April 1982, was the world’s first clamshell computer and thus the template for the notebook computer. Designed by Briton Bill Moggridge (1943-2012), the Compass was based on an Intel 8086 processor running GriD’s own GRiD-OS operating system. It had a 320 x 340 electroluminescent display and 3409KB of non-volatile magnetic ‘bubble’ memory. There was a 1.2Kb/s modem on board too. 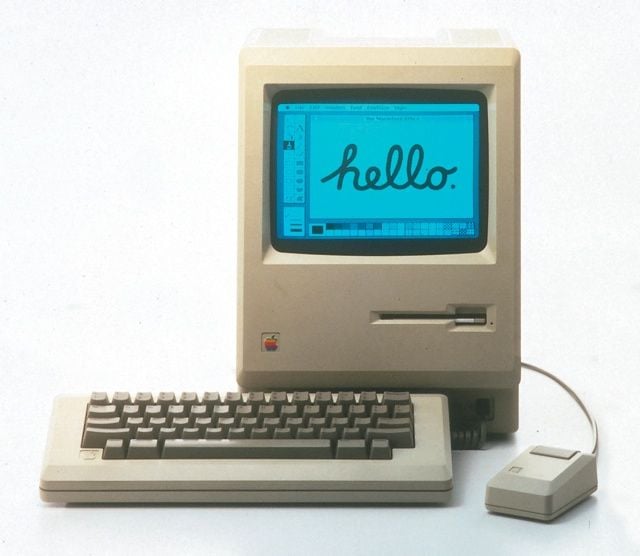 The Mac didn’t introduce the graphical user interface - the Xerox Alto did - and it wasn’t even Apple’s first computer with a GUI - that was the Lisa - but it was the personal computer that did the most to popularise the graphical user interface and is one of very few personal computer device brands still going strong today, 28 years after its 1984 launch. Microsoft’s Windows would come to eclipse the Mac OS in volume, and despite rival GUIs like Gem, for a brief period through the late 1980s and early 1990s, the Mac defined how a modern GUI should work and look. It also provided the foundation for the desktop publishing revolution, which changed forever the economics of book and periodical publication, and arguably showed that any content could be produced on a computer. 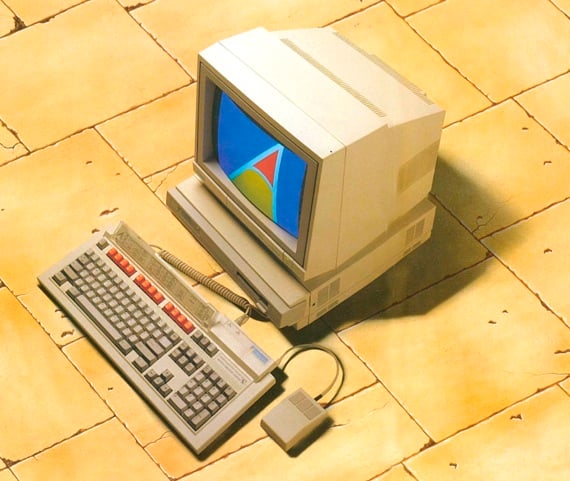 Acorn’s successful BBC Micro, derived from its unreleased Proton machine, kept the company going through the mid-1980s and helped it survive the very tough years of 1984 and 1985. But the Micro wouldn’t last forever, and its 6502 processor was by then long in the tooth. Rather than buy in an alternative, Acorn chose to create its own. The result was the ARM chip, and it was first implemented in the Archimedes in 1987. The chip’s designers, Sophie Wilson and Steve Furber, were attracted to the then vogue for Reduced Instruction Set Computing (Risc), and so the Archimedes became the first mass-market Risc-based personal computer. 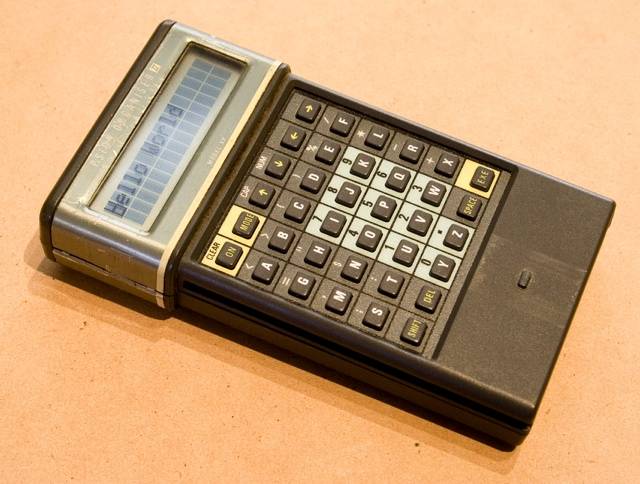 Throughout the early 1980s, Psion was best known as a provider of software for Sinclair computers, but in 1984 it launched the Organiser, its first hardware product and what is almost certainly the world’s first handheld computer - even though it was really only used to run basic personal information management software. Two years later, Psion released a much more advanced model, the Organiser II, which is now considered the first PDA (Personal Digital Assistant), though the term wasn’t coined - by Apple’s then-CEO, John Sculley - until 1992. More than a personal-data entry and presentation device, the Organiser II had a programming language, OPL, allowing to to run general-purpose applications. Psion soon shifted away from organiser functionality to focus on handheld computing with devices like the Series 3 and Series 5. Its EPOC OS would eventually become Symbian. 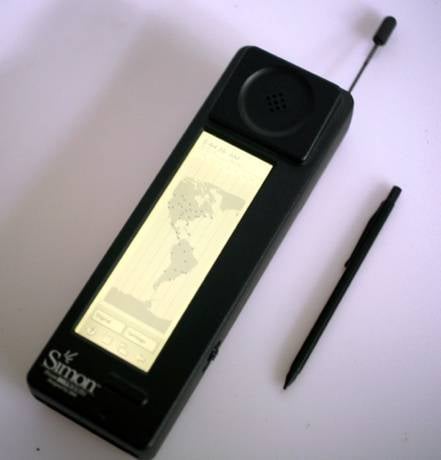 By 1994, Psion had already defined the PDA market with the Organiser II and Apple had made it a laughing stock with the Newton MessagePad. Now IBM would take the PDA to the next level: incorporate cellular phone connectivity to create the first smartphone, the Simon, released in August 1994. IBM had shown the prototype in November 1992, but it took the intervening 18 months to get the software right. Simon, sold by US telco BellSouth, had a stylus- or finger-operated 4.5in touchscreen on which were presented phone, personal info, email and other PDA-style apps, all running on a 16MHz x86-compatible CPU. Simon was a chunky, clunky affair and was discontinued in 1995. The following year, Nokia would release the 9000 Communicator and show how to do it properly. 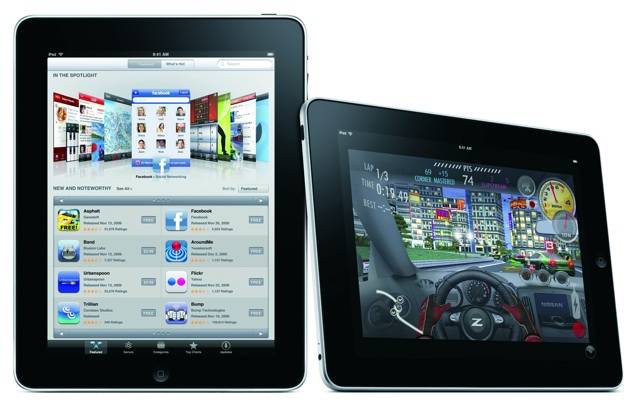 It was the Mac all over again. Apple didn’t invent the tablet, or the tablet-centric operating system, but its iPad nonetheless has done more than any other platform to popularise this form-factor. Indeed, while GUI computing would have become dominant without the Mac, there’s a case for claiming that today’s array of tablets would not have arrived without the iPad. Would smartphones have gained bigger screens? For sure. But rivals’ feverish rush to emulate the iPad’s success with 10in tablets of their own shows the Apple gadget was a groundbreaker.