A careless Loon could blind the square kilometre array

Nearly the whole science and tech world is turning cartwheels at Google's “Project Loon”, Google's audacious “bring the Internet to the world using weather balloons” test that kicked off in New Zealand over the weekend.

As Wired notes, having flown to New Zealand for the launch, Project Loon came out of the same “Project X” skunkworks that gave birth to the driverless car.

The grand vision is to send hundreds – or thousands – of weather-balloon style craft into the upper atmosphere. Instead of tethering a blimp, these would be allowed to move with the wind, and steered by either lifting or lowering them into air-streams moving in different directions. At 60,000 feet (around 20,000 metres), they're well above air traffic altitudes, so there's no danger to passing aircraft.

The Google-designed solar-powered radio kit is designed to deliver “3G-like” speeds to users with a “special antenna” (sorry for not being more specific than Google is being, as the Chocolate Factory isn't returning calls) within a 40 Km footprint for each balloon. The balloons will also communicate with each other, and with ground stations to get to the Internet backbone.

Balloons will only have a relatively short lifetime, but they ought to send enough telemetry and GPS data back to Earth to allow recovery after landing so the radio kit can be dispatched on a new mission.

As this setup is relatively cheap, Mountain View has no trouble imagining this as a means to bring affordable broadband to the whole world. It's a feel-good don't-be-evil story placed as only Google can place stories.

There's one community that has reservations.

With millions already put into decades of planning for the Square Kilometre Array, and billions devoted to the build, radio astronomers are wondering why Google didn't get in touch before blowing air into a project that has the potential to disrupt our search for the origins of the universe.

While Google hasn't gone into great depth about its radio kit – only saying that the equipment will be specific to the Google Loon project, and will operate in the ISM bands (2.4 GHz and 5 GHz) – any transmitter at all in the frequencies the SKA is designed to operate in could be problematic.

The problem is this: for the lower frequencies, there's a substantial overlap with what the SKA is designed to look for. As ANU and UC Berkeley astronomer Dr Brad Tucker explained to Vulture South, the lower ISM band sits squarely in the frequency range that astronomers want to scan to spot the formation of the universe's earliest galaxies. That's the range from 0.5 GHz to 3 GHz, known as the SKA Mid-band.

“That band is important to helping us pinpoint when the first galaxies formed, and the process of their formation. Somewhere in that band, we hope to be able to identify the line between when there were no galaxies, and when we can see galaxies,” Dr Tucker explained to The Register.

"Somewhere in that band, we hope to be able to identify the line between when there were no galaxies, and when we can see galaxies"

Trying to identify galaxies in this frequency band is “one of the big scientific goals of the Murchison Widefield Array.” 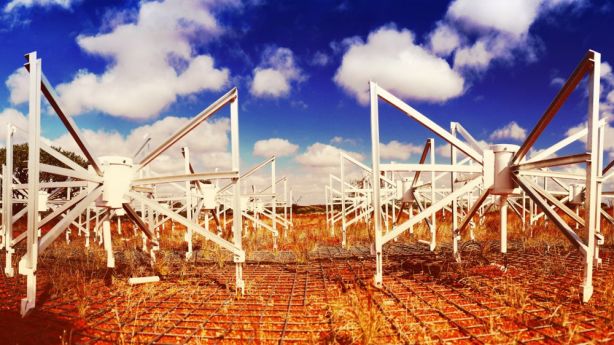 And there's high confidence among the astrophysics community that somewhere in that frequency range they will be able to see the transition between an early universe with no galaxies, and where the galaxies begin to appear. Frequencies outside this band had already been eliminated, even twenty years ago when early discussions formulated the proposals that became the SKA.

Outside the footprint for now

At this point, the Google Loon test balloons shouldn't come anywhere near the MWA site: they were launched at the 40th Parallel, so far south that from Murchison, in Western Australia, they'd be well below the horizon.

The same might not be true, however, for radio astronomy sites in New Zealand – and that's a problem, Dr Tucker said.

However, if there's a Loon balloon in the line of sight of an NZ facility, it would be knocked out of the configuration and the baseline length reduced accordingly.

“We don't know where in that frequency range we're likely to see the galaxies,” Dr Tucker went on. 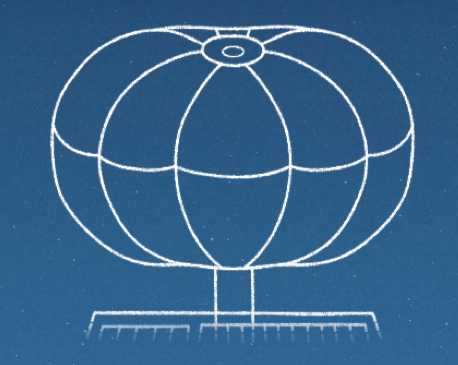 "We think the new galaxy looks something like this". Image: Google

Any interfering signal that's visible to the radio-telescope is a problem – and that isn't limited by the 40 Km footprint Google's balloons will deliver useful signals to. The radio telescopes are so sensitive that even a transmitter low on the horizon, that Google believes is talking to the ground below it, will disrupt the operation of an antenna.

Radio astronomers don't even run microwaves in their facilities, in case the signals bounce off the ionosphere and return as noise in their instruments.

“If an object is there but we can't see past the nearby radio transmitter, we might never see that object,” Dr Tucker said.

Astronomers are geeks: Dr Tucker said he's just as interested in the project as the rest of the world. “It's a good idea, but the radio-astronomy community would like some consultation.”

The Register requested an interview with Google for this story, but has not received a response. ®