The elegant, strange and fascinating world of Three Body comes to English readers

Page File Three Body, as it’s known in China, is prominent sci-fi author Liu Cixin’s trilogy of an alien invasion of Earth, one of the most enduring sci-fi tales since the birth of the genre. With The Three Body Problem, the English translation of the first book, Liu’s wildly popular trilogy comes to the English-speaking world for the first time. 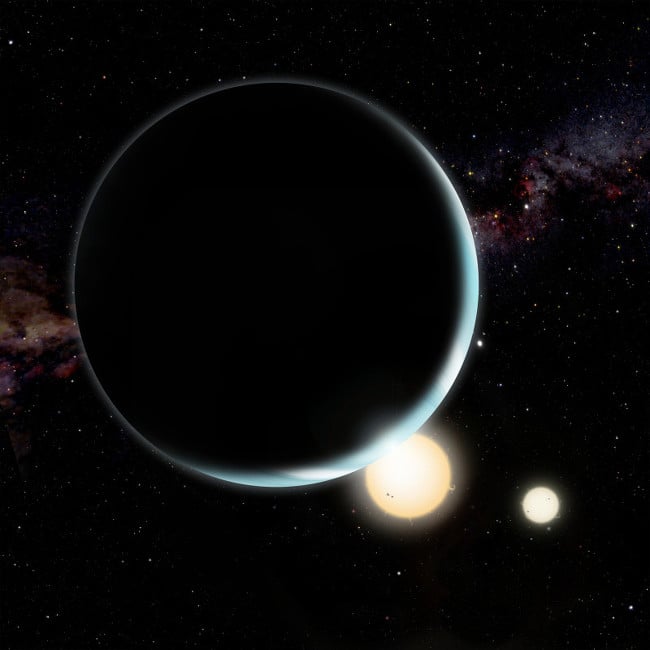 The mythology and fandom surrounding the books at home has been compared to the cult following of Star Trek in the US, spawning endless internet chats and Weibo accounts.

Not all of the hype is digital, however: there has even been real-life scientific discussion of the concepts floated in Three Body, in the form of cosmologist and string theorist Li Miao's book The Physics of Three Body.

Such a tide of anticipation could have put too much weight on the first tome of the trilogy to be translated, but The Three Body Problem is a strange and fascinating read; it's so different from the general run of sci-fi as to be almost in a sub-genre of its own. But if you had to compare it to something, you’d say it’s like The War of the Worlds and The Day The Earth Stood Still from a 1984 standpoint.

The first book spans a time period from China's Cultural Revolution of the late 1960s to around the present, and Liu introduces a succession of scientists, many of whom have been uniquely shaped by the movement to eradicate capitalist and traditional elements from Chinese life and return Chairman Mao Zedong to power and influence.

None was more affected than astrophysicist Ye Wenjie, who watches her physicist father Professor Ye Zhetai die at the hands of the Red Guard for refusing to relinquish his scientific beliefs. After making her own small demonstration of independence, she’s marked as a subversive element herself and sent to work at the mysterious Red Coast Base, which is engaged in some sort of top secret military project.

What follows is the eventual discovery of an alien civilisation at Alpha Centauri with a desperate need to find a new planet to live on – and the effect that discovery has on the human race.

All of that serves to give you an idea of the plot. What it doesn’t do is give any idea of the lyrical elegance of the social, philosophical and scientific theory of the book, most frequently framed in Ye’s musings:

As she continued to mull over these thoughts, a deduction made her shudder: Is it possible that the relationship between humanity and evil is similar to the relationship between the ocean and an iceberg floating on its surface? Both the ocean and the iceberg are made of the same material. That the iceberg seems separate is only because it is in a different form. In reality, it is but a part of the vast ocean…

This thought determined the entire direction of Ye’s life.

In a science fiction book like this, you often feel like there’s some sort of point you’re supposed to be getting, some theory of the author’s that you’re supposed to agree with after reading the novel – that humanity is worth saving, that nature is better than technology, that society should treat each other better, etc, etc. Yet Liu doesn’t resolve the big issues; he takes some arguments down different paths and turns others on their heads, but he doesn’t preach.

It’s often said that sci-fi as a genre is used to challenge the status quo of the world and of the reader's own outlook. A translated work like this one, intended for an audience with an entirely different historical and cultural background, magnifies this effect even further. However, to imagine that the book has such a thought-provoking effect because of its provenance is to ignore the legions of fans in the Chinese-speaking world who are so enamoured with the trilogy that they post songs they’ve composed in honour of it it online and make fake movie trailers for the much-yearned-for film adaptation.

Rather, this is a haunting book that resonates deeply at a time when humanity’s progress appears to have taken six steps back for every two steps forward. We (apparently) creep ever closer to discovering whether or not we’re alone in the Universe. ®