Error found in climate modelling: Too many droughts predicted

We foretold eight of the last two

An international team of top boffins say that current climate models are based on faulty assumptions which lead them to predict more drought than will actually be the case. 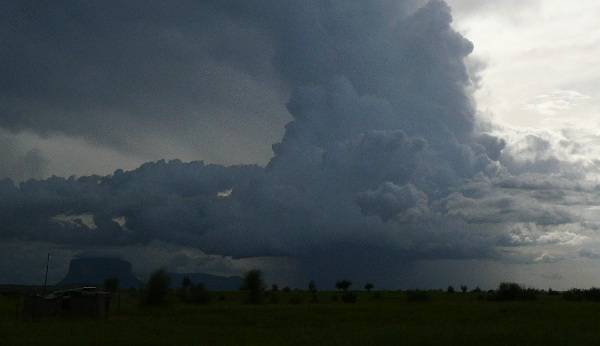 At the moment, climate modelling assumes that areas of land that are wet give off more evaporated water, which means that air above such areas will tend to give up any water it is carrying in the form of rain. By contrast air will tend to pass over dry regions without giving up any raindrops, and thus dry places will get drier.

"It's tempting to assume that moist soils lead to higher evaporation, which in turn stimulates more precipitation," says Wouter Dorigo of the Vienna University of Technology, one of the authors of the study. "This would imply that there is a positive feedback loop: moist soils lead to even more rain, whereas dry regions tend to remain dry."

Current climate models are in fact based on this tempting assumption. There's just one problem with it, according to Dorigo and his colleagues: it's quite wrong.

"Both heat and moisture are critical ingredients for rain clouds to build up during the afternoon," explains Dr Chris Taylor from the British government's Centre for Ecology & Hydrology (CEH), who also worked on the study. "On sunny days the land heats the air, creating thermals which reach several kilometres up into the atmosphere. If the soil is dry, the thermals are stronger, and our new research shows that this makes rain more likely."

Dorigo, Taylor and their colleagues found this out by comparing satellite imagery showing where and when rainstorms actually developed around the world with data on the wetness of the soil beneath.

According to the CEH:

The implication is that existing climate models are more likely to go into a vicious circle whereby dry soils decrease rainfall, leading to even drier soil conditions ... fixing this problem is a priority for scientists developing the climate models.

“We need to improve climate models so that we get a better idea of what global climate change will mean," adds another of the researchers, French meteorology expert Dr Françoise Guichard.

The new findings have been deemed sufficiently applecart-toppling that they have made it into hefty boffinry mag Nature - often a sign that something major is going on science-wise.

There's broad agreement on all sides of the environmental debate that climate change is occurring: and indeed that it always has been. Disagreement generally begins on exactly what it is that the future holds.

It would seem that in one important respect at least, science to date has been predicting a future grimmer than will actually be the case. ®