The life and times of Bill Hewlett and Dave Packard

Into the Valley Most proles looking to suck from HP's historical teat will find the experience less than gratifying. Company archives have been locked away at HP's Palo Alto headquarters, as have the offices of Bill Hewlett and Dave Packard. Even the HP Garage, which sits in the middle of a Palo Alto neighborhood, is reserved for the elite. Tourists can but peek through a gate or a window, while top HP customers get to dine inside the Silicon Valley landmark.

Thankfully, however, HP has proved willing to open up its historical treasures to reporters - even reporters that dish out myriad the occasional dig. (HP has been most helpful during our quest to learn about the company's history for an upcoming project, which you'll hear more about soon, and the effort is much appreciated.) So, in the hopes of turning our good fortune into yours, here's a look at some of HP's historical sites.

Palo Alto could make four realistic claims to owning the Birthplace of Silicon Valley - the HP Garage, Stanford University, Fairchild Semiconductor's first headquarters and the R&D lab of Federal Telegraph Co. City officials have picked the HP Garage as their best bet for the birthplace claim and pit the site against Mountain View's home of the original Shockley Semiconductor Laboratory. We tend to side with Shockley's lab in the birthplace debate, but that's irrelevant for the moment.

Hewlett and Packard arrived at Stanford during a pivotal time for what would become Silicon Valley. Palo Alto and the surrounding towns were still dominated by orchards, but a budding electronics industry had emerged. A number of entrepreneurs and hobbyists explored ways to best larger companies on the East Coast and in the Midwest with devices of their own design.

Stanford professor - and one of the Father's of Silicon Valley - Fred Terman introduced Hewlett and Packard to some of the local electronics and radio personalities.

In The HP Way, Packard recalls,

Fred Terman's keen interest in radio engineering induced him to become acquainted with almost all of the pioneers in the industry, many of whom where located in the Palo Alto area. Early wireless work by Stanford graduate Cyril F. Elwell was organized into the Federal Telegraph Company at the beginning of the century. Lee De Forest invented the vacuum tube in Palo Alto in 1908 [De Forest actually invented the vacuum tube earlier outside of Palo Alto and then refined the work at the Federal lab between 1911 and 1913 - Ed], and Fritz Kolster developed the radio direction finder in the 1920s.

Similar work being done in the Bay Area at the time included the first TV transmission by Philo Farnsworth at his Green Street Lab in San Francisco and the creation of the first radio broadcast station in San Jose by Charles D. Herrold. 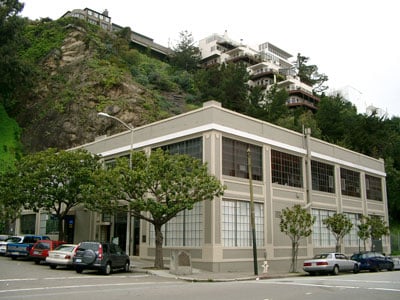 In the 1930s Terman's graduate course in radio engineering included visits to some of these firms. I remember visiting Kaar Engineering in Palo Alto, Eitel-McCullough in Burlingame, and Charlie Litton's shop, which would in time become Litton Industries in Redwood City. I also went to San Francisco to meet Philo Farnsworth, who was developing a television camera tube.

Terman encouraged Hewlett and Packard to follow these other electronics buffs and start a business of their own near Stanford rather than running off to more developed pastures, as so many of Stanford's students tended to do at the time. It took a couple of years for Hewlett and Packard to get their affairs in order, but in 1938 Hewlett found the famed garage, and the men started hammering away on a variety of projects. 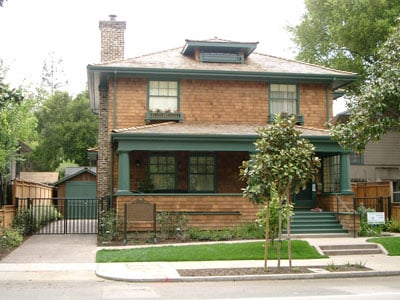 Uncertain of what to base their business around, Hewlett and Packard went at products ranging from exercise machines to foul-line signals built for the local bowling alley.

Life was a bit more comfortable for Packard in those days. He lived in the main house near the garage with wife Lucile. Meanwhile, the bachelor Hewlett was confined to a small shack to the right of the garage. 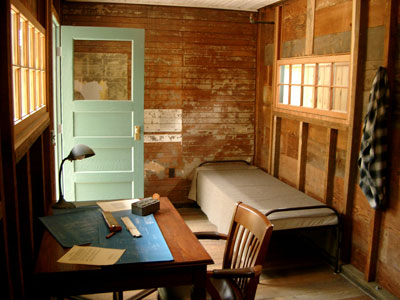