Samsung now purports to be the largest producer of high-capacity solid-state drives (SSDs) in the world, following a decision to push its 1.8in 64GB unit into mass production. 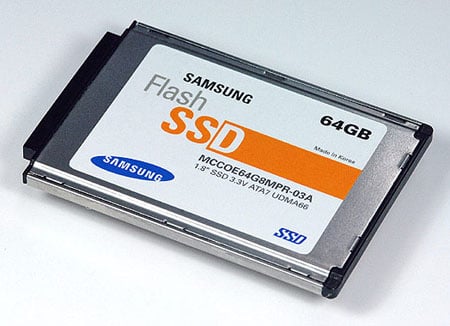 The manufacturer has been touting SSDs for over a year now, but this is the first time it has mass produced the 1.8in drives. The production ramp-up comes less than one week after Toshiba announced its lightest ever laptop, which features a 64GB SSD.

The SSD market is becoming increasingly competitive. Samsung's 1.8in 64GB SSD was announced in March, just two months after SanDisk showed off a 1.8in 32GB SSD.

Dell has also begun offering its customers SSDs, though not to the extent of Toshiba, by allowing buyers of its Latitude D420 sub-notebook to kit out the machine with a SanDisk 32GB SSD.

Hyperscalers shopped for at least 540,000 extra servers, additional 75 exabytes of storage in Q2

Revenue dips regardless as big enterprise players struggle during lockdown