Sony has announced the latest pair of phones to be offered under its Walkman brand, the W890 and W380, one a slimline 3G device, the other a 2.5G clamshell.

The W890 has built-in stereo speakers and ships with a 2GB Memory Stick Micro - aka M2 - card. They both have an FM radio with RDS. They also support a wide range of audio formats, such as WMAs and MP3s, and offer video streaming. Although, the W890 comes with slightly more media management applications included.

The W890 also has a more powerful 3.2-megapixel camera than its rival, which has a 1.3-megapixel snapper. Photos from both phones can be shared over Bluetooth or USB. 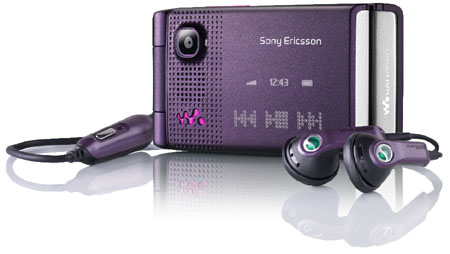 Each handset is available with a selection of letters after their model number, which corresponds to their connectivity options. The W890 ships as a quad-band GSM/GRPS phone with Edge and HSDPA 3G capabilities. However, a quad-band option minus the UMTS is also available, dubbed the W898c

All handsets are identical on one fact though,: they’re available from Q1 2008. Sony Ericsson did not announce pricing.

More pictures of both phones follow on the next page...