i780 makes its first carrier appearance

Samsung only launched its new i780 Qwerty handset a week ago at Mobile World Congress in Barcelona, but the phone's already appeared on Orange's website.

The 3G HSDPA - up to 3.6Mb/s - phone runs Windows Mobile 6 and boasts a 2.6in, 320 x 240 touchscreen display above a Qwerty microkeyboard. There's a two-megapixel camera on the back, and a lesser one on the front for video calling. 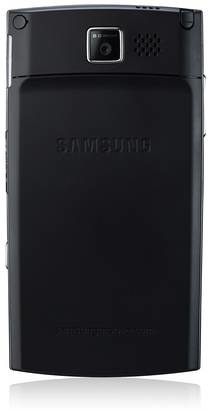 It has Wi-Fi and Bluetooth 2.0, and according to Samsung comes bundled with Garmin navigation software to work with its built in GPS pick-up.

Samsung indicated the i780 would be available shortly, and Orange provides no further guidance as to when then the handset will go on sale, or how much it'll cost.