Dear ISP, I am not a target market

Comment Chapter four of Generation X, Douglas Coupland's seminal 1990 eulogy to post-war optimism, bears the winning title "I am not a target market".

We've been constantly reminded of that romantic, seemingly futile protest against corporate society in the last two weeks. Coupland's trio of Arizona drop-outs would surely be amused by the intensifying storm over news that BT, Virgin Media and Carphone Warehouse, UK's three biggest ISPs, plan to pimp out their ten million customers for advertisers to target via Phorm.

The young firm's crisis management flacks, contracted from PR outfit Citigate Dewe Rogerson, are busily working the line that there's been some kind of technical misunderstanding and that Phorm is being unfairly demonised for it. If only people took the time to investigate their technology - "kick the tyres" is easily Kent Ertegrul's favourite phrase - then they would see its emergence as positive, or at least neutral, they reckon. 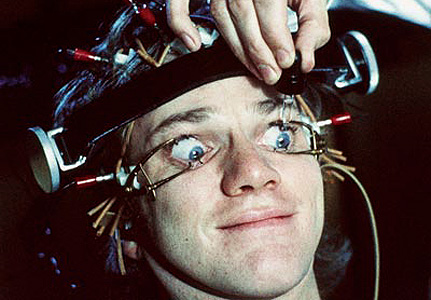 They're wrong. Reg readers don't think Phorm is run by "evil" people and do understand the technology. They still want ISPs to have nothing to do with it.

No amount of anonymising, expensive auditing and dialogue with Privacy International changes the fact that Phorm's business model is straight from the pages of Orwell. By definition it will erode the amount of control people have over their lives online and and put power in the hands of businessmen nobody ever signed a contract with.

Utopians have been preaching for a decade and more about the great democratising force unleashed by the web and other net technologies. The readiness of our three biggest gatekeepers to use those technologies to sell us out should serve as the clearest demonstration yet that online, power can be stolen just as quickly and in an even more revolutionary way than when it was handed out.

We've all seen this movie before, writ large: you can easily think of the happy-clappy revolution of the web's first ten years as a mainstream medium as its own version of the 1960s. If you do that, then the emergence of Phorm and the reaction to it is a signal the come-down is taking hold. Tracked and exploited, web users are entering the fear and loathing of the 1970s.

BT, Virgin Media and Carphone Warehouse tell us that the internet will be "more relevant" thanks to ads targeted on the content of every page we visit. That's classic misdirection. The ISPs are claiming they're doing us all a favour by solving a problem that doesn't exist in any mind but that of a marketeer. At best it's patronising and cowardly.

It's cowardly because rather than tackle the problems they are having growing their own business, the bosses of these companies have let jealousy of Google's business get the better of them. The margin squeeze in UK internet provision was in part created by ISP marketing men and their "free" broadband offers. Pimping out their customers is the same marketing men's anti-customer solution to the tough market conditions they created.

The "problem" in their eyes is that like all utilities, broadband is a commodity now - prices are low, margins are lower. Google has built itself a high margin monopoly, and despite a recent hiccup in its astronomical share price, it's Wall Street's golden child. Shareholders in broadband providers long for the days when their investments were growing rapidly, and the bosses the money men hold power over know it.

Ironically, the company Phorm and the ISPs are seeking to emulate is well placed to become their most powerful enemy. Google has amassed significant lobbying muscle in Washington DC. Indeed, ambitious UK politicians like Labour's Milibands and the Tories' George Osborne and David Cameron line up to brown-nose the Googleplex. And if you had spent billions to acquire and serve people's web searches, would you be happy that other companies are planning to hijack them direct from HTTP streams and pump them into their own ad targeting network? Thought not.

It's depressingly inevitable that UK ISPs have become the first to leap into bed with Phorm (note it's not the only firm attempting to create a new market in pimped data). Blighty is already the most tracked and intruded upon nation on the planet; the government's own data watchdog has warned against sleepwalking into a surveillance society.

He's right. Some things should just not be for sale, no matter what assurances are on offer or who they come from. Regardless of how the data is acquired and processed, and despite the powerful ISP friends Phorm has made since the PeopleOnPage days, spyware is spyware.

So if they're sat in their big chairs googling themselves today, Ben Verwaayen, Neil Berkett and Charles Dunstone should hear this. What you are doing is unethical and sets a dangerous precedent. It is flat wrong. The whole wheeze is predicated on arrogance and the lamentably correct assumption that most people will just swallow the anti-phishing marketing when the Webwise opt-in page pops up. You conspired in secret to foist this on the public, and if given the facts they do not want it - ever. Not for themselves nor for the less technically-savvy people you're planning to trick.

Romantic and futile coinage it may be, but until Phorm is in the networks there's still a glint of truth to it: when it comes to my ISP I am not a target market, and neither are you, reader. Phorm's stock has tanked almost 20 per cent this morning. ®