First with 3in VGA OLED screens

Samsung has unveiled two compact cameras that introduce a couple of world firsts for display quality and shooting capability, the company claimed. 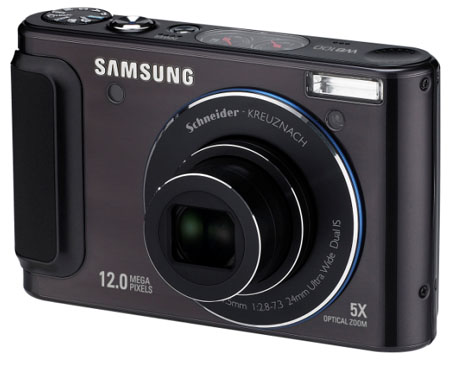 The WB550 and WB100 are, according to Samsung, the world’s first compact shooters to be equipped with 3in, 640 x 480 AMOLED displays, which boast “better contrast” and a “brighter screen” than conventional LCD displays can produce.

A 10x optical zoom and a 24mm wide-angle lens has also been fitted onto the WB550.

Both 12Mp cameras also have an HD movie capture mode that allows the user to “pause and re-record” HD videos into a single movie clip. Samsung didn't say what resolution the cameras will shoot at - we guess 720p.

Most of the duo’s other features are ordinary. The 11 pre-defined image settings will automatically set-up the camera for, say, night or portrait snapping, while image stabilisation should eradicate any blurring. 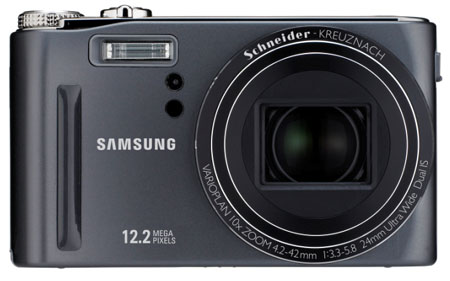 Face, blink and smile detection feature on both cameras, in addition to a beauty shot mode that retouches facial skin for a brighter and smoother skin tone.