Sony has crafted a camcorder that it claims is the smallest and lightest of its kind. It also has on-board GPS. 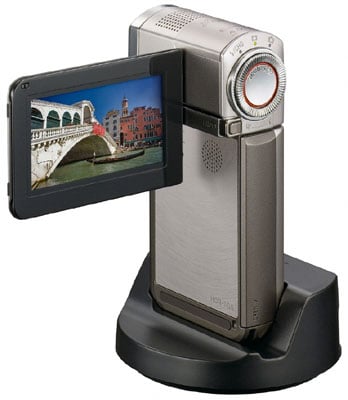 The HDR-TG7VE measures a measly 62 x 117 x 30mm and has a titanium body with “premium hard coating” to ensure that everyday scratches don’t spoil the gadget’s chic design.

Its internal 16GB memory is, Sony said, sufficient capacity for up to six hours of 1080p video. A slot for Memory Stick cards is also included, should you want to keep on rolling for another 12 hours – the number of video hours that Sony’s 32GB Memory Stick can store.

The GPS tracking technology will let you plot all your shooting locations on a map, using supplied PC software. The TG7VE can also capture 4Mp stills and Sony claimed that switching between shooting and snapping is as easy as moving your thumb from the video button to the adjacent photo button. 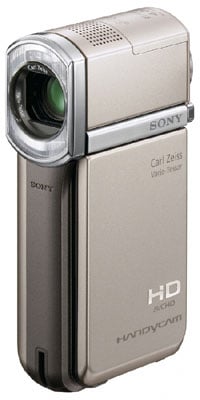 Face detection and smile recognition have both been included and can be used when shooting videos or snapping pictures. SteadyShot also helps take the wobbles out of your home movies.

The lens provides 10x optical, but you can reach 120x digitally. HD movies are captured in AVCHD, but SD films use the MPEG 2 format. 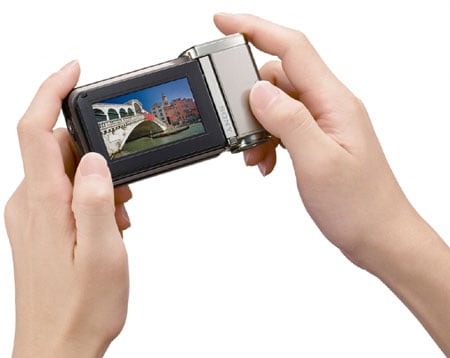 Whatever content you capture can be viewed on the camcorder’s 2.7in LCD, which supposedly features a "simplified" menu system.

Sony’s HDR-TG7VE camcorder will be available in May, but a price hasn’t been given. ®