Move with the music

Review The traditional battery powered transistor FM radio still takes some beating when it comes to listening in places like the bathroom or garden shed, if that’s where you choose to spend any length of time. Indeed, Pure had a big success with its £45 palm-sized One Mini so it has sliced a few millimetres from that model, shrunk the name to Mi and knocked £10 off the price. 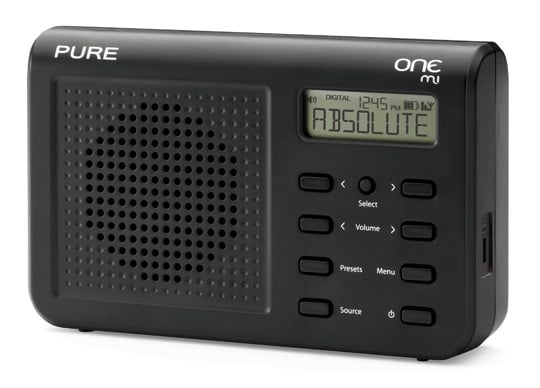 Back to basics: Pure's One Mi

This compact radio is available in black or white and includes an FM tuner as well as DAB, DAB+ and DMB. Like a mobile phone, the mains adapter cable plugs into the radio’s mini USB port although I found that a USB lead running directly from a computer would also power it.

For battery use it only takes the optional A1 ChargePAK. This is the smallest and, at £17.49, the cheapest of Pure’s add-on rechargeable batteries, but it adds 50 per cent to the price of the radio just to unleash it from a wall socket.

Obviously such a tiny radio can’t support a huge antenna, and DAB reception occasionally drops into digital burbling compared to bigger radios in the same location. Even so, the Pure One Mi’s reception performance didn’t turn out to be too much of a problem. 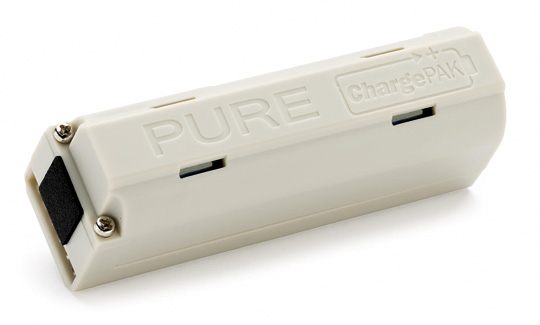 You can store eight presets for both DAB and FM. The LCD display shows extra text information for analogue or digital stations, where used. It is bijou, though, so it’s a choice between station name or supplementary data. Also, the One Mi lacks a handy button to toggle between these modes, so you have to delve into the menu to change it.