Fujifilm has announced an addition to its premium X series of snappers with what the company calls "a new breed of bridge camera".

But its the new Fujinon lens that the company is raving most about here, talking up its 26x optical zoom, a 35mm equivalent of 24-624mm. 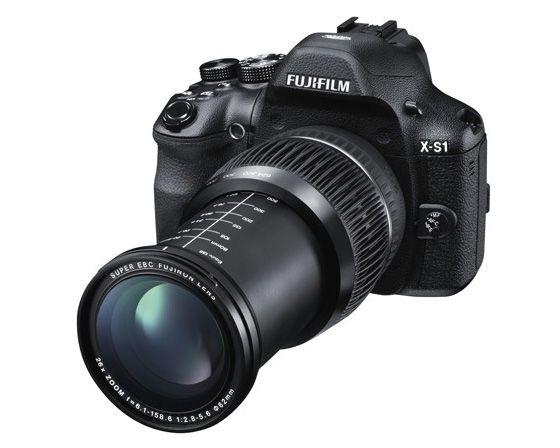 With Fujifilm's zoom technology, though, this can be boosted further to 52x (24-1248mm) and that's with less of a drop in quality than ever before, apparently.

There's also 1080p video capabilities and a snazzy macro mode, able to focus down to a mere centimetre when close.