You could say that Diane Bryant, the new general manager of Intel's Data Center and Connected Systems group, which makes server, storage, and networking chips and the platforms that employ them, was lucky in that she took over the job just as the chip giant was getting ready to launch its Xeon E5-2600 workhorse processors for servers.

Bryant would be the first to agree with anyone who said that – and did in fact say so at a lunch she hosted in New York for IT journos.

In a wide-ranging conversation on Thursday, Bryant was peppered with questions and didn't really get a chance to eat much of her salad and salmon. But she did concede that it was "wonderful to come into a new job and have this 'Wow!' event."

While the debut of the Xeon E5s only six weeks after she took over the group was fortuitous, perhaps even more important for Bryant – and for the future of Intel in the data center – is the fact that she was Intel's own CIO for the prior four years.

"I am so much better prepared for this job," Bryant said, and then was asked a slew of questions, first about Intel's internal IT department, and then about what is going on out there in x86 server land.

Intel has over 100,000 employees, and around 6,400 of them work in IT, she explained. The company generally spends somewhere between 2.7 and 2.8 per cent of total revenue on IT operations – which is not particularly high for a high-tech company – and aims to get that down to 2.6 per cent.

Intel has a slew of systems running its business, including a grid of around 45,000 servers spread across its research facilities that is used for chip design. 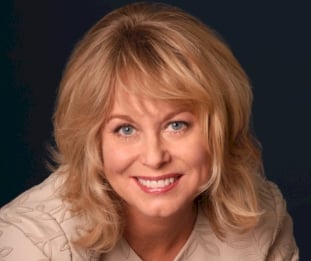 The company has two big data centers – one in Folsom, California and the other in Hillsboro, Oregon – and last year had a whopping 147 data centers spread out around the world. Under Bryant's direction, the company did a massive data-center consolidation last year, while at the same time converting its systems to a private, virtualized cloud, cutting the data centers down to 87. The goal is to get it down to 53 by the end of this year – and while that sounds like a high number, it isn't once you see why.

First of all, every chip-design center has some local processing capacity because of latency issues. And every one of Intel's seven chip fabs has two data centers that house redundant home-grown apps that run the wafer-baking operations. Only the paranoid CIO survives at Intel because, as Bryant put it, "if a fab goes down at Intel, you are fired."

The assembly and test operations also have their own data centers. And of course, Intel also has data centers to run back-office systems.

And no, Bryant won't divulge what cloud fabric or back-office applications it uses, because "it loves all of its partners." In general, any of the design systems run Linux and any back-office systems run Windows.

By the way, that internal cloud can provision compute, storage, or networking resources in under an hour.

While Intel won't divulge the vintage of the servers running inside of its own data centers, Bryant said that the company developed a sophisticated ROI tool that allowed her – and now her replacement – to plug in the feeds and speeds of the machines in the Intel data centers and calculate, based on workloads, power draw, heat dissipation, and performance when the optimal time is to upgrade a server.

Generally speaking, it makes sense to upgrade after about four years, although in some cases with particular workloads or new hardware features, you can make a case for doing it sooner. Intel looks at its server portfolio every quarter to see what is due for an upgrade and what can get by for another three months.

"We want to eat our own dog food, and we want to debug and test systems," Bryant explained. "But when we do deployments, we have to show the ROI and we have to back it up with data."

Sometimes, it is not that hard. For example, during a server audit last year, Intel techies found 2,500 machines running in its own data centers, eating up space and power, that didn't just have minimal workloads but which had zero workloads. Nadda. Zilch.

This is what happens when you are a $54bn company, whether or not you are in high tech.

"I think this customer is extremely typical," said Bryant.

If so, Intel is looking forward to a huge wave in upgrades to Xeon E5 machines, since so many servers out there in the world are long in the tooth after the Great Recession put the freeze on spending. New apps perhaps have gotten new servers, but now it is time to consolidate old apps onto new and more powerful systems.

The Xeon E5-2600s started shipping in limited quantities last September and were launched in early March, and Bryant said that the ramp was building along the scheduled plan. Intel is not seeing customers waiting to find out what the future low-cost Xeon E5-2400 processors, also for two-socket boxes, might portend when they are launched later this year.

"We see tremendous pull for the Xeon E5-2600s, and we don't see any stall waiting for any additional SKUs in the Xeon E5 family," Bryant said. "We see strong demand for servers overall. There's just insatiable demand for compute."

As for when the next Xeon server refresh is coming with the 22-nanometer Tri-Gate process that will etch the "Ivy Bridge" Core processors for notebooks and desktops later this year, Bryant was not about to show Intel's cards. But she also made it clear that Intel was not trying to march to an annual cadence. "We're not as fixated on whether it has to be one year or two years," she said about the cadence of launches. "There isn't the hard refresh cycle we see in the PC or with handhelds."

Here's a fun fact that came out during the lunch conversation: four-socket servers are crazy-stupid popular in emerging markets, and particularly in China. The ratio of two-socket to four-socket servers is completely reversed in China, said Bryant, because companies there are building greenfield data centers and their workload demands are rising so fast they can't do capacity planning – they are just buying headroom right from the get-go.

Just because you buy a four-way machine does not mean you put four processors in it from the start. You might begin with two and then add two more as workloads grow. ®