Google's top female cheese nominated to serve on Walmart board

Google veteran Marissa Mayer has been nominated to serve on the board of the world's biggest retailer Walmart.

The multi-billion dollar outfit said its directors sought the election of Mayer to become the sixteenth member of the board. Voting will take place at Walmart's annual shareholders' meeting on 1 June, it added.

Mayer, 36, joined the Chocolate Factory in 1999 as employee number 20 and has headed up Google's maps and location services since October 2010 – the same month, coincidentally, that Google admitted it had "accidentally" slurped Wi-Fi payload data via its Street View cars. 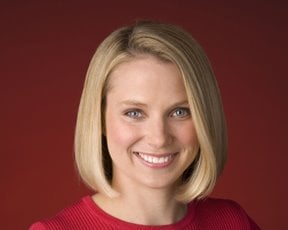 She took to Twitter to express her excitement at the prospect of serving on Walmart's board.

In a statement from the behemoth retailer, she said: "I have long been a customer and admirer of the company. Walmart is an amazing story of entrepreneurship and, as one of the world's most powerful brands, touches millions of lives every day. I look forward to contributing to Walmart's continued growth, success, and innovation in the years to come." ®