Making a clear leap forward from the ZX81's 1KB of memory, the Spectrum was offered with a choice of 16KB or 48KB Ram. The former, intended as the budget choice, was priced at £125; the 48KB Spectrum was £175. That was expensive in comparison with the sub-£100 ZX81, but impressively cheap when set alongside the £399 32KB BBC Micro Model B, launched the previous December.

Like the ZX81 before it and many other UK home computers, the Spectrum fed its video output through a radio frequency modulator to the aerial socket of and colour or monochrome TV. The computer's ten-octave, single-voice sound was pumped through an on-board speaker, quickly leading to a booming market in warranty voiding plug-in sound chips that relayed the audio out to the TV through the modulator signal. 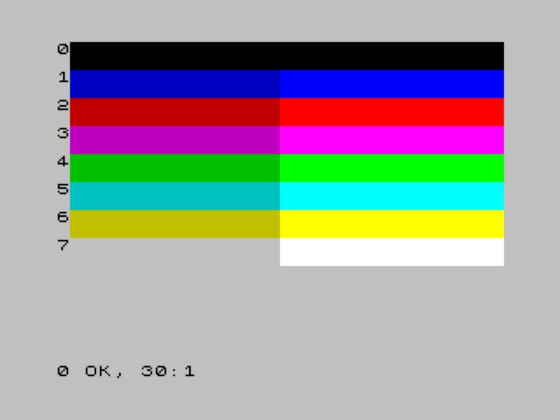 The Spectrum was initially capable of presenting a 32 x 24 grid of alphanumerical and block-graphic characters or a 256 × 192 pixel screen for graphics. Dots and characters could be black or any of seven colours - blue, red, purple, green, cyan, yellow and white - each set to one of two possible brightness values - giving 15 hues in all.

Altwasser's key achievement, for which he subsequently received a patent, was to store pixel colour information in a separate 32 x 24 array, leaving the 256 x 192 graphics store as a single bit per pixel array. The result was a highly compact graphics buffer, with the lot held in just 7KB of memory. The downside was that each 8 x 8 pixel block, which mapped onto an entry in the colour array - also known as the attribute array - could only contain two colours: one in the first four bits of the 8-bit byte, the other in the second four bits. 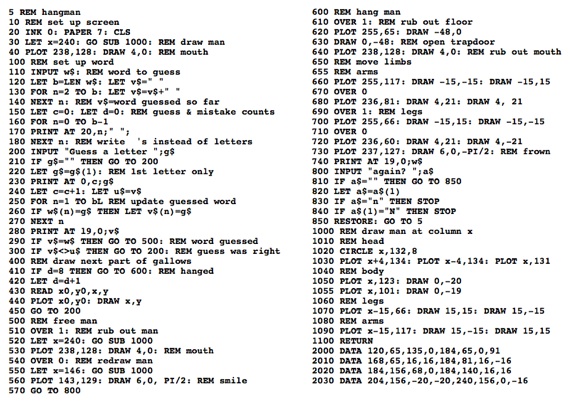 The result: if a block contains a background image in, say, red and green, and, as a result of a yellow sprite graphic moving into that area, all the green pixels in the background suddenly turn yellow, a visual glitch called "attribute clash".

However, The Spectrum's keyboard was its arguably most divisive component, engendering either love or hate in potential buyers. Clive Sinclair had promised a fully moving keyboard, leading many observers and punters to hope for a typewriter-style keyboard. But that would have made the Spectrum much larger than it was, and that was not the Sinclair way.

Rick Dickinson's early sketches show that a more basic keyboard was always part of the plan. Curiously, an early, pre-release brochure I saw at the time has pale grey keys with a slightly glossy sheen - they looked like hard plastic keys of the kind found on calculators. 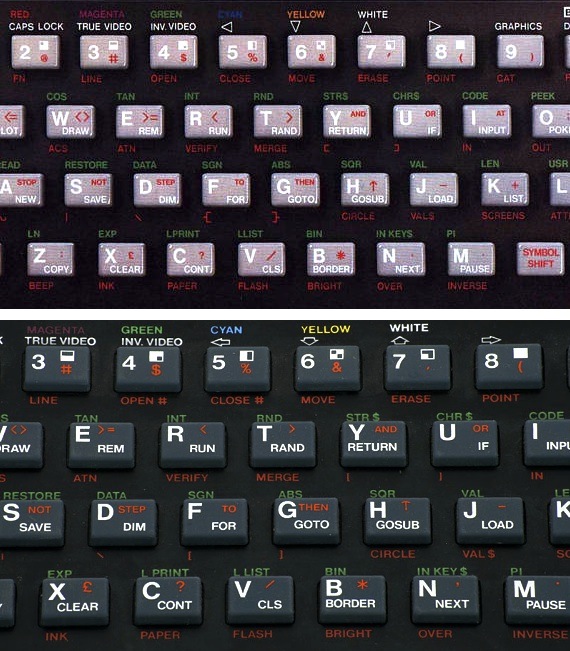 From smooth, shiny plastic to dead flesh? The Spectrum keyboard in Sinclair's pre-release brochure (top) and on shipping product (bottom)

When Spectrums began to land in users' hands, they keyboard would surprise many of them with its use of rubber keys uncharitably described at the time as offering the fell of "dead flesh". The hard plastic keys were merely part of a mock-up produced for designer Rick Dickson and used for promo work.

The Spectrum would finally gain a hard-key keyboard in 1984 with the release of the Spectrum+, a bid to win customers in a market already beginning to slow.

Before the arrival of the Plus and, a year later, the Spectrum 128, Altwasser's successors would go on to revamp his motherboard several times. Toward the end of 1982, Sinclair began shipping Spectrums with a second-gen logic board. The original board had 16KB of Ram soldered on - the 48KB machine's extra memory was mounted on a daughter card. The 'Issue 2' board had the extra 32KB soldered on too, reducing the cost.

Next page: Revamping the board
Page: