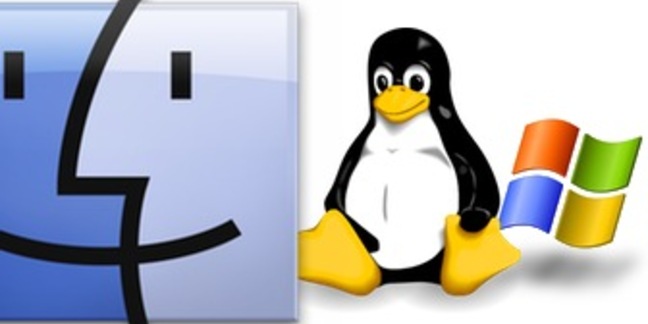 That's the opinion of Raghu Raghuram, VMware's Executive Vice President of Cloud Infrastructure and Management, who says that when server virtualisation started to take off hardware vendors feared the consequences.

“We said you could virtualise on a Pentium 5,” he reminisced, and hardware vendos wondered where their next sale would come from. “Then Intel added instructions for virtualisation.” That effort made it a fine idea to by Chipzilla's kit to make virtualsation hum, with the result that, Raghuram half-joked, “I think they made more money from virtualisation than we do.”

“The same thing will happen for networking,” he added. “There are lots of opportunities for network vendors.”

Raghuram's comments came after soon-to-be VMware CEO Pat Gelsinger pointedly said he expects the company's relationship with the networking colossus to continue on its current level of friendly co-operation despite the Nicira deal and the acquisition target's participation in OpenStack.

Raghuram also expanded on other contentious areas among VMware's recent announcements, such as the decision to remove a requirement for shared storage to back vSphere. That move, he said, is not aimed at cutting off small SAN vendors at the knees. Instead it's a chance for smaller firms to use vMotion, the company's workload teleportation tool, without the need for a SAN in two locations. He imagines smaller businesses targeting servers with spare capacity as vMotion destinations, for either disaster recovery purposes or to handle unusual workloads that need extra resources for a time. That may mean dark days for vendors of small Vmware-certified SANs, such as Netgear and Drobo, but Raghuram

Another topic Raghuram touched on during a chat with your correspondent was the Cloud Ops processes launched yesterday. Raghuram explained that the company's intention is not to provide an alternative to ITIL, but that as ITIL is predicated on stopping IT from breaking things it is not a useful set of processes and practices for an automated, highly-virtualised, data centre. VMware is not therefore “putting aside” ITIL, as incoming CEO Pat Gelsinger said yesterday, so much as it is starting from scratch on processes whose premise is that humans hardly ever get to besmirch IT operations that hum along following policy.

But there's also bad news on the Cloud Ops front, as despite VMware yesterday announcing the Cloud Ops forum and tasking it with coagulating field cloud-building experience and turning it into IP, no method for that information sharing, capture or production has been determined. Such structures are in the works, with no time frame set for delivery. ®