THEY CAME quite literally FROM OUTER SPACE

Top astro-boffins are chuffed today to announce that they have detected large amounts of chemicals necessary to birth alien life - not to mention some alcohol - drifting in space around a young star just 400 light-years away.

“In the protoplanetary disc of gas and dust surrounding the young, newly formed star, we found glycolaldehyde molecules, which are a simple form of sugar. It is one of the building blocks in the process that leads to the formation of RNA and the first step in the direction of biology,” explains astrophysicist Jes Jørgensen, a professor at Copenhagen uni.

Jørgensen and his colleagues observed the protoplasm-wreathed star using a large new international telescope, the Atacama Large Millimeter Array (ALMA), situated on the barren high-altitude Atacama desert plains in northern Chile. The prof believes that the team has a good handle on just how it can be that the elements of life had formed in outer space, without need of any hospitable Earth-style world as a habitat.

As a Copenhagen uni statement explains:

At first the gas and dust cloud is extremely cold (only around 10 degrees above absolute zero at minus 273 degrees C) and simple gases such as carbon monoxide and methane settle on particles of dust and solidify as ice. Here on the particles of dust, the otherwise volatile gases come close to each other and can bond together and form more complex molecules. When the star has been formed in the middle of the gas and dust cloud, it emits heat, and the inner parts of the rotating cloud surrounding the star is heated to around room temperature, after which the chemically complex molecules on the particles of dust evaporate as gas. 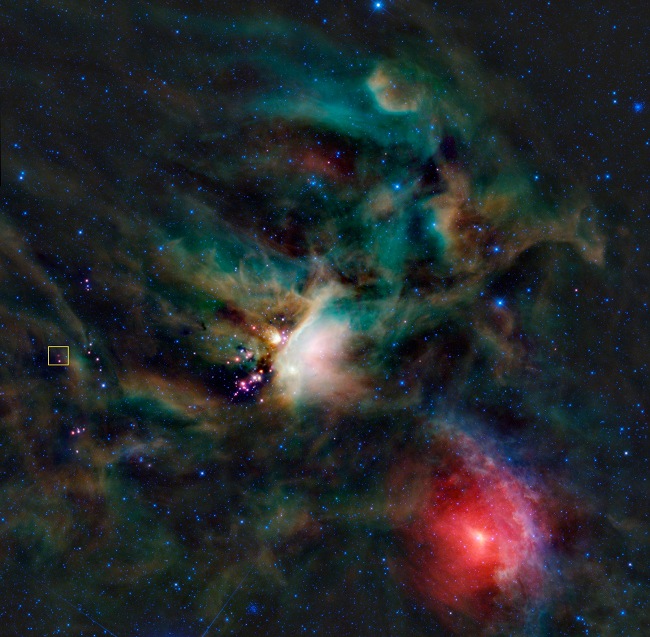 The research suggests that the basic bits required to assemble complicated proteins can be formed in a solar system before planets even appear, possibly suggesting that if a hospitable world should come into existence the early strides in the development of life may already have been undertaken. However it's not at all clear just how space sugar, alcohol etc would interact with planets as they form. What is clear is that more knowledge of space protoplasm can tell us a lot about aliens.

"One of the big questions is whether it is common that these organic molecules are formed so early in the star and planet formation process – and how complex they can become before they are incorporated into new planets," explains Jørgensen. "This could potentially tell us something about the possibility that life might arise elsewhere and whether precursors to biology are already present before the planets have been formed.”

The new research is to be published in the journal Astrophysical Journal Letters. ®