Hands on with the HP Envy X2

IFA 2012 The tablet plus keyboard combo looks set to be a prominent vehicle in getting Windows 8 into the hands of punters. Along with the new OS comes a slightly different form factor too with 11.6in keyblets from Samsung – its Ativ Smart PCs play this game with Core i5 and Atom CPU options – and HP has its own Atom-powered Envy X2 waiting in the wings until October. 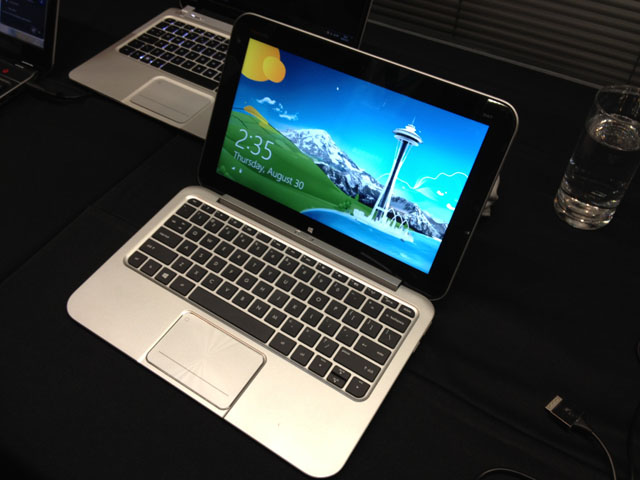 HP does a pretty good job of hiding the join with the Beats audio enhanced Envy X2. Magnets bring the two halves together with retaining latches hooking into position when things get snug – a simple slider initiates separation. 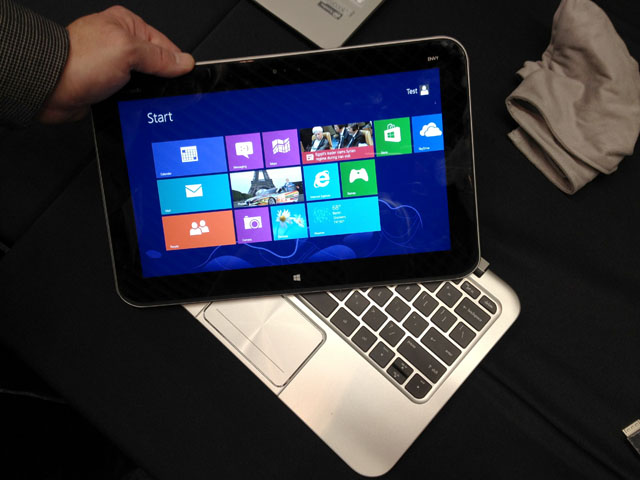 Prodding the display of a ‘laptop’ seems to go against conventional wisdom and although Windows 8 seems intuitive enough from the home screen, it’s all too easy to get lost once you start using the darned thing.

A prod at Microsoft’s Fresh Paint seemed like an easy place to start. The palette appears and away you go... and away it goes too. No more palette just a blank canvas, but how do I get my colours and brushes back? Tsk, no matter I’ll just draw on the Envy X2 for a bit. And nothing happens. 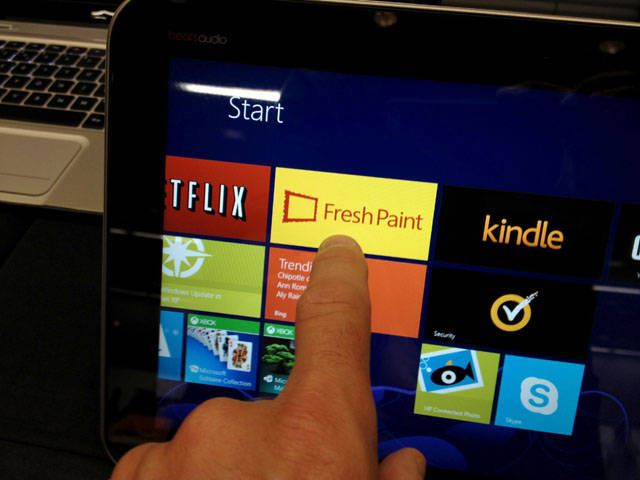 Mmmh, push a bit harder on the screen... now we’re getting somewhere. Oh, and it keeps toppling backwards. Obviously this is going to work best as a tablet mode-only app. Yet everyone trying it out is using the keyboard’s Windows key to exit apps because, as a tablet, Microsoft’s way of doing things is certainly not that intuitive, alas. 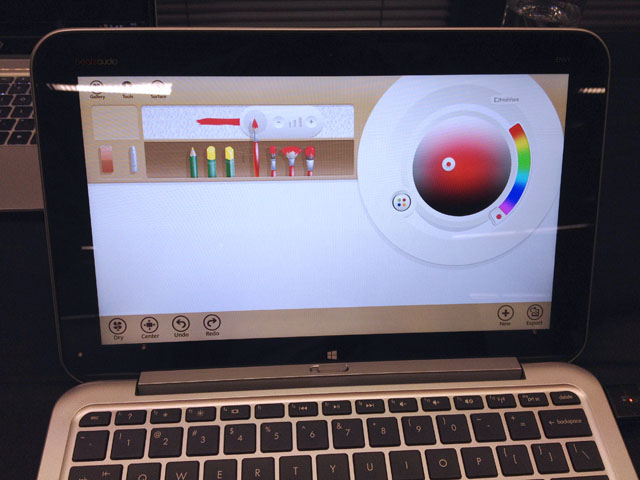 The 11.6in screen has advantages in that, by default, the keyboard it’s matched to ends up being a larger full-size affair, rather than something more fiddly. Released from the keyboard, the HP Envy X2 tablet feels surprisingly light at 690g. The size of this 1366 x 768 resolution display seems quite imposing initially, but then you get sucked into that immersive touchscreen noodling and quickly forget all about it. 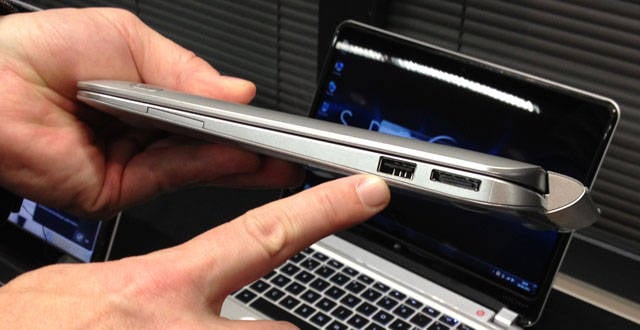 USB and SD card slots in the keyboard

There’s no obvious lag and David Conrad, director of product management at HP was upbeat about the performance of the Clover Trail CPU inside the HP Envy X2. Indeed, it’s all too easy to for folk to start muttering about Intel’s Atom processors, given how netbooks can struggle when running Windows 7, but this new chip generation offers greater overall efficiency and it shows. 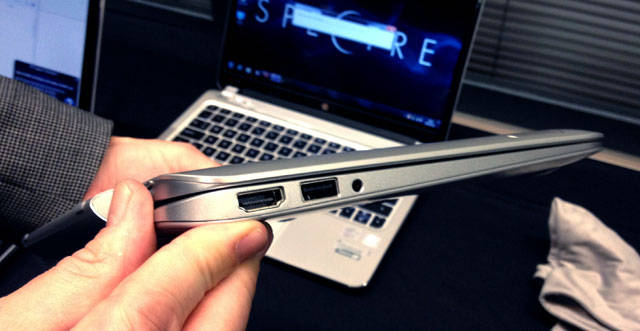 Even with just 2GB of RAM on-board, this appears to suffice on the Envy X2 as Microsoft has evidently done some thoughtful tinkering too. Conrad remarked that HP has some of its own fine tuning to do prior to release, and so no battery life figures are being offered until these optimisations are complete. 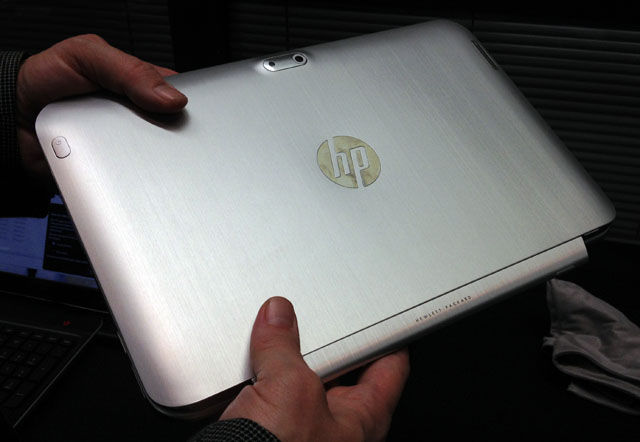 Going out in style: the tablet also has a micro SD card slot to bolster its 64GB on-board storage

Besides the tablet’s own battery, there’s one in the keyboard too and together the HP Envy X2 weighs in at 1.4kg. While two batteries will keep you up and running when out on the move, only Wi-Fi, Bluetooth and NFC are on offer to keep you connected, as there’s no 3G option. Still, it’s very stylish combo and, when it comes to choosing a Windows 8 keyblet, the HP Envy X2 looks a very attractive proposition. As it’s unlikely to come cheap, it’s no doubt aptly named. ®