One box to play them all, etc 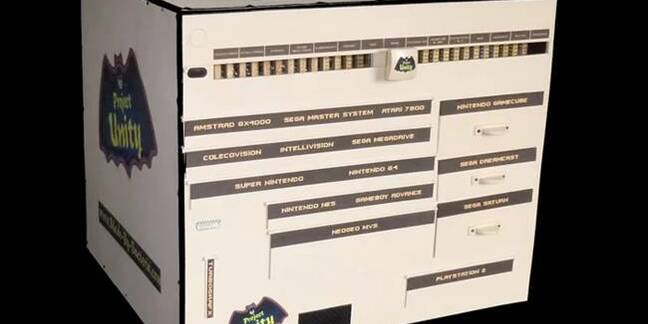 Most fans of old-skool videogame hardware rely on emulators for their retro gaming kicks. But not some fellow going by the handle Bacteria. Three years ago, he decided he needed 15 original games consoles in his living room and that he wanted them all in a single box. 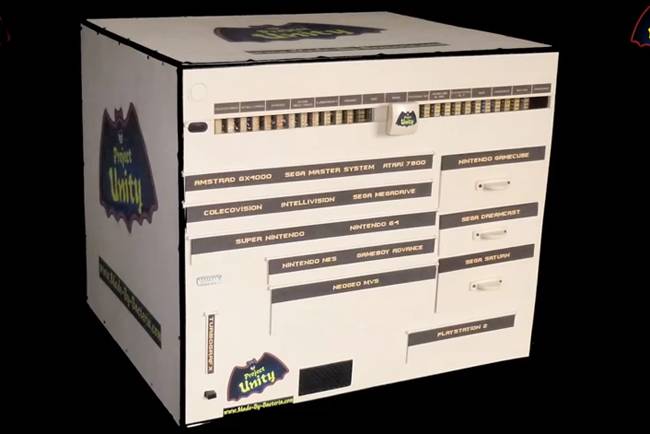 Game cube: the console offering a feast of formats

The result - Project Unity, a veritable cabinet of a console packed with: the innards of 15 machines, together capable of supporting 18 formats; plus a single, standard-definition output; one PSU to run them all; and a combo controller.

The rather boxy unit - which weighs the best part of 20kg, and was styled to fit into the guy’s AV shelving rather than for its looks - includes the internals from an Amstrad GX4000, an Atari 7800, a Colecovision, a Mattel Intellivision, a NeoGeo MV5, Nintendo’s NES, SNES, 64, Gamecube and Game Boy Advance, Sega’s Master System, Megadrive, Saturn and Dreamcast, a Sony PlayStation 2, and a TurboGrafx-16. 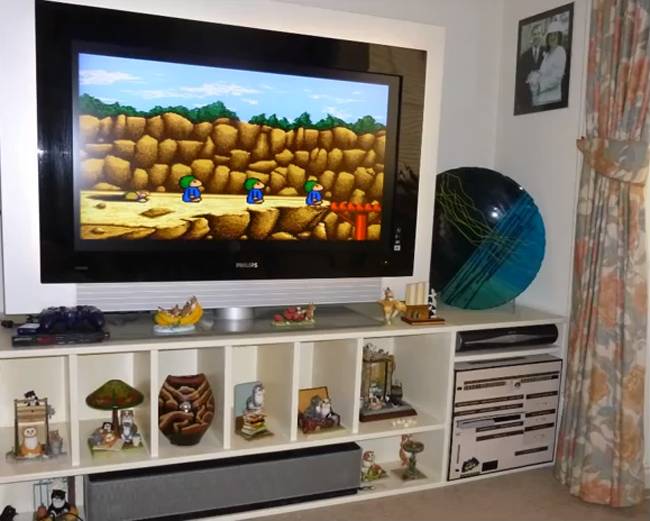 Shame about the knick-knacks: Unity in situ

The controller features all the buttons, joysticks and such required by the various consoles. Rather than emulate the original controllers, our man used a stack of NES cartridges to hold the controller circuit boards, one for each system and interfacing to the Unity controller through the original Nintendo cartridge edge connector. Game-specific keyboard overlays further tailor the Unity to controller to each original title.

The games themselves go into Rom and disc slots built into the front of the machine below a massive 18-option format-selection slider. 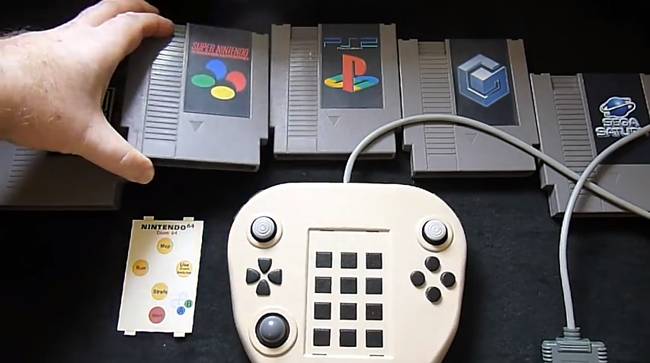 Only one console gets powered up at a time, to keep the power requirements manageable and to minimise console-to-console interference, but Unity’s 6A combo PSU, built from a pair of Gamecube AC adaptors, is capable of feeding whichever unit is selected. A rack of transformers and regulators ensures each console gets the right voltage, anywhere from -5 to +15.

Running one console at a time eliminated problems encountered getting the gadgets to share a single video output, in Unity’s case a Scart cable. Active air cooling stops the whole shebang overheating.

And, 3,500 hours after he started work, Unity is now done. Mr Bacteria reckons Unity cost him the best part of £700 to make, and it certainly takes up a lot less space than 15 separate consoles, controllers and AC adaptors.

For a demo of Unity in operation, take a peek at Baccy’s YouTube video. ®