It's official: You can now legally carrier-unlock your mobile in the US

President Obama has signed off on the Unlocking Consumer Choice and Wireless Competition Act, meaning that, in the US, people can take their mobile phone and unlock it from the carrier that sold it to them. 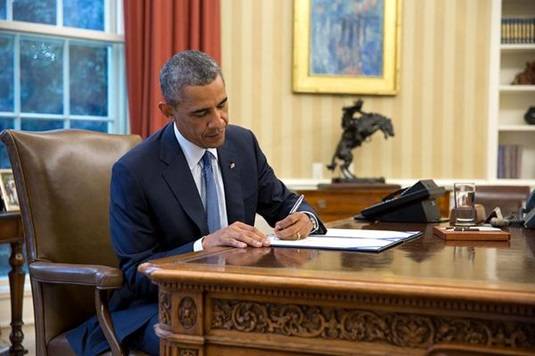 The signature bring to an end a two-year saga triggered when the Librarian of Congress decided to block unlocking of phones as part of the regular reviews into such policy specified by the Digital Millennium Copyright Act in 2012 – thus reversing his earlier position.

The move sparked protests almost immediately and more than 100,000 people signed a White House petition asking Obama to intervene. The president said that, while he supported unlocking, his hands were tied and it was up to Congress to get its act together and enact legislation.

It took 18 months and three pieces of legislation to get that mobile phone unlocking law passed. The House of Representatives acted first, but its version of the bill wouldn't have allowed companies and resellers to unlock and sell large numbers of phones.

Amended legislation was passed by the Senate last month and the new text got through the House of Representatives a week later. Unusually for Congressfolk who seem more interested in fighting amongst themselves than passing meaningful legislation, the latter two votes were unanimous.

But the new law is just the beginning of the story, according to Kyle Wiens, CEO of the popular teardown website and repair biz iFixit. He said that the fight for a new law had mobilized people to take a stand against corporate control, and there was still more to be done.

“Our right to modify and repair our products has been under attack for decades," he said. "This is a pivotal moment: the first time that Congress and the President have publicly recognized that a consumer’s right to modify their own electronics trumps the interests of big corporations.”

He pointed out there is another piece of legislation in play that would undo many of the features of the DMCA that limit what people can do with technology they have purchased. Representative Zoe Lofgren’s (D-CA) Unlocking Technology Act would make it legal to get around any software or hardware locks inserted by the manufacturers. ®

Playdate handheld game system torn to pieces, crank and all