Your research may be bleeding edge, but the way you do it probably isn't

Updated with video Australia's Commonwealth Scientific and Industrial Research Organisation (CSIRO), which lists the formative work behind WiFi among its successes, wants to boost researcher productivity, and has published a free-for-boffins scientific tool called "Workspace" to help.

Workspace is designed be a generic environment for researchers, on the one hand providing a collaborative workflow for things like scientific modelling with multiple inputs, while also making it easy for researchers to provide visualisation of their outputs.

As the agency's Dr John Taylor explains in the agency's announcement, researchers running their data through HPC environments can often find that their own manual processes, rather than the computers, become the bottlenecks.

“Researchers operate within similar workflows,” he says, “sourcing data, analysing it, processing it … Very often, this involves a number of manual repetitive steps.”

Automating those steps gets the most out of the researcher's access to compute, with Dr Taylor saying that “in one application, analysis that previously taken two weeks to conduct was carried out in less than an hour”.

Taylor points out that code-cutting is usually not a researcher's primary skill set, and that can make their analysis “inefficient, prone to error, difficult to reproduce by other scientists and unsuitable to take into the commercial world.”

The idea, Dr Taylor told The Register, is to get rid of the roadblocks that get in the way of scientific productivity. 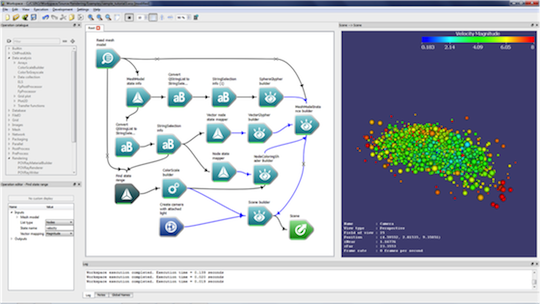 For example, a workflow put together for one computing environment might fail on another – not because there's a problem with the workflow, but because the researchers aren't computing experts. Software written, compiled and run on a Linux HPC cluster in Melbourne might easily break on a machine on the other side of the world, simply because of dependencies.

More subtle errors might get introduced, Taylor said, because the fixes a second researcher implements to get an analysis to run aren't quite identical to what was implemented the first time around.

“Or the researcher's workflow is a complex set of instructions that run 'read this data, run it, create an output, use that output as the input to another analysis, and so on.”

It's easy for someone trying to reproduce results to miss a step – which takes them back to the start.

“The workflow tool encapsulates all of those steps,” he said, “and makes sure you don't miss some subtle aspect of the analysis.”

While there are commercial workflow tools that try to address these problems, CSIRO is looking to overcome a couple of specific shortcomings. Dr Taylor said a lot of scientific workflow tools are “built for very specific areas of science”. Moreover, sharing and collaboration between researchers can be difficult, simply because to give someone else access to the same workflow and data means someone's got to buy the license.

CSIRO is offering workflow as a download to address that problem: “Another researcher can run the same analysis from the same workflow and data and get identical results – it makes complex workflows reproducible.”

The eight-years' worth of development effort in the CSIRO's Digital Productivity Flagship also helps with research publication.

The key components of Workspace are a graphical workflow editor – with built-in operations for things like looping, mesh processing, visualisation and data analysis; a Qt-based environment integrating Qt Designer so researchers can construct custom interfaces for their workflows; support for researchers' own plug-ins (along with tutorials and wizards to help with the coding); support for parallel an remote execution, and 2D/3D visualisation support.

There are versions for 32 and 64 bit Windows and LSB 4.0-compliant Linux distributions, and OSX 10.6 or later. CSIRO's detailed description, here, includes download links. ®

Update: CSIRO has now posted a video for those who want to see Workspace in action. &reg