The last PC replacement cycle is about to start turning

When even senior sysadmins work on an iPhone connected to an Apple TV, the end is nigh 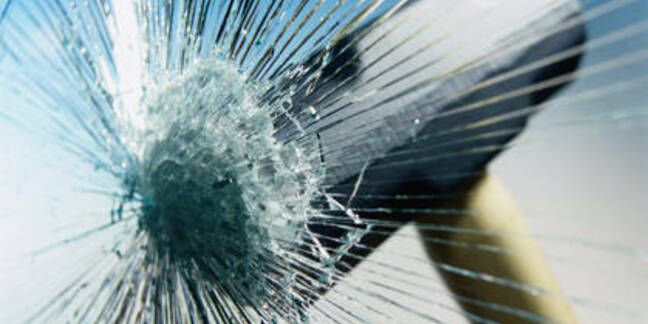 A friend recently emailed me at the end of a journey to New York City. “I was lamenting the weight of my company-issued Lenovo,” he wrote, “when I saw the machine carried by the passenger in front of me.” He enclosed a photo showing that poor unfortunate, who’d somehow managed to string a shoulder strap around an old Dell desktop - a real boat anchor, one that must have weight at least 10 kg.

The material culture of computing moves so rapidly - and so disposably - we very rarely glimpse such side-by-side comparisons of past to present. In IT, the past is junk: too slow, too big, and too hard.

But past is prologue. It tells us everything about where we’re headed.

A few weeks ago, I gave one of my occasional lectures at the University of Sydney, a class on the history of virtual reality and art. (Postmodern theories about disembodiment and self-representation from the 90s have found a new lease on life, thanks to Oculus and Google Cardboard.)

The whole slide deck, with over an hour of video, consumed well over a gigabyte of space - a new personal "best" in presentation size.

In the classroom, I took my brand new iPhone 6, plugged it into the lecture theatre’s HDMI port, and ran the whole presentation - in high definition, complete with nicely animated transitions - off my phone.

This new iPhone is the second most powerful computer I own, only surpassed by the top-of-the-line MacBook Air I type this on, and far more powerful than my first MacBook Air, purchased in the long-ago days of 2011.

Something has happened, right under our noses, so close we still can’t quite see it. It’s only when we get to the long shot, like my friend in New York, that the arrow of time reveals itself, arcing in a path from 10 kilo boat anchor to 129 gram super-thin super-smartphone. (And that even doesn’t factor in the CRT, another 10 kilos of glass and high-voltage electronics that have mostly disappeared.)

Earlier this year, another friend of mine laughed at me when I pulled 6” a Nokia 1520 out of my pocket. “What is that?” he asked, and shook his head. Too much phone for his taste.

When, last month, he pulled his brand new iPhone 6 Plus out of his pocket, it was my turn. “That’s a lot of phone,” I jibed.

“Need it for work,” he replied. “Gonna see if I can dump my laptop.”

My friend runs the IT infrastructure for one of Australia’s most successful online retailers. It’s his job to make sure the customer-facing systems ringing up sales are available 24x7. Always on call, getting texts advising him of the status of his servers, services, and staff, he keeps a laptop close at hand, in case something ever needs his personal attention. Something always does.

“Got a little Bluetooth keyboard to go along with it,” he continued. “When I’m in the office I’ll AirPlay it over to an Apple TV connected to a monitor. What’s the difference between that and a desktop?”

My friend has worked in IT for a quarter of a century, and likes all the new toys, but when it comes to work, he’s incredibly conservative in his choices - that’s why he gets hired to keep infrastructure ticking over. If he reckons the time has come to ditch his laptop in favor of his smartphone, we’ve reached a tipping point.

The desktop has been dead for some years, resurrected to an afterlife of video editing and CAD. Laptops keep getting smaller and more powerful, but we’ve now reached a moment when they’re less useful than our smartphones.

The laptop market will not collapse overnight. There’s a lot of inertia in IT - people like what they like and tend to use what they know - but the current cycle of PC replacements is likely to be the last one.

The computer as we have known it, with integrated keyboard and display, has lost its purpose in a world of tiny, powerful devices that can cast to any nearby screen (Chromecast & AirPlay), browse any website, and run all the important apps. Why carry a boat anchor when you can be light as a feather?

Few mourned the death of the desktop. As my friend in New York noted, they’re more likely to evoke pity than passion. The same will be true for our laptops. We’ll gradually come to realize we’ve stopped using them.

Many of will continue to sit before keyboards and monitors, physical affordances that interface us with the digital world. But the place where the magic happens, that keeps moving - once lugged over the shoulder, then tucked under the arm, and now stowed away in a pocket.

Over the next decade, all of IT will reorient itself around this reality. We’ll move from mobile-as-afterthought, through mobile-first, landing, eventually in mobile-only. It will feel the same, but be completely different. Plus ça change. ®