Hawking, Musk, Woz (and others): Robots will kill us all

There's nothing magic about humans, especially if you're looking in radar or IR. And making Kalashnikovs is harder than you think. And hey - ever heard of the Wassenaar Arrangement?

The ability to autonomously identify and strike moving targets is not new, either. It has been built into various anti-shipping, land-attack and anti-tank missiles for several decades, necessarily so as they are often designed to be launched at targets beyond the horizon. Some of these missiles are already routinely used for targeted assassinations, in fact, especially the US Hellfire (nominally an "anti tank" job). 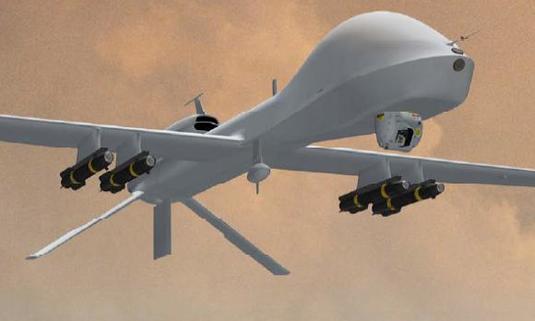 The drone isn't autonomous. But the missiles certainly can be.

Various other anti-shipping, anti-tank, defence suppression and cruise missiles all select their targets autonomously by looking at various kinds of sensor input; often active or passive radar, often visual or IR imagery. Sometimes they are under human control, or are sic'd onto a particular imagery blob by a human operator to begin with, but it's hard to see why a human is going to be any better than a computer at telling which radar/IR blob is an ambulance and which is an enemy tank or a "technical" (armed pickup truck).

In a lot of cases, even when using visual wavelengths, the human will make as many mistakes as a machine, or will not have any margin of superiority that truly justifies putting him aboard the aircraft (or even the bandwidth needed to put him there virtually, often enough).

No: the autonomous weapon is here already. Major military powers have already pushed ahead with such things, for a long time.

So why aren't they the Kalashnikovs of today? Why aren't they ubiquitous and cheap for all significant military powers to produce?

Well, there are several things to note here. Firstly, though the Kalashnikov is potentially very simple and cheap to make, it is an excellent design for that - not particularly as a weapon, though it is very adequate in that regard. Its excellence is that it is very easy to make. Developing such a design is actually not nearly as simple as people think; witness the many much more expensive and inferior weapons which have been designed since. The Soviets supplied that design free of charge to pretty much anyone who wanted it back during the Cold War, meaning that the hard part was done for them.

Secondly, even with the hard part done, it is not all that simple to set up a factory that makes working Kalashnikovs cheaply. Major industrial powers can do it easily, but others can't. Venezuela, for instance, still doesn't have its Kalashnikov factory despite having decided to set one up ten years ago. Just having the AKM blueprints isn't enough; you also need a whole lot of Russian expertise.

Kalashnikovs are everywhere because major industrial powers (mainly the former Soviet bloc and China) made millions of them and shipped them everywhere, not because they are cheap and simple for just any country to make - though they are indeed cheap and simple to make, as assault rifles go.

Autonomous weapons are a good bit harder than Kalashnikovs to build: useful ones are mostly functional aircraft or guided rockets of one kind or another, and not poxy little battery-powered quadcopters with twenty-minute endurance and almost no payload, either. Major industrial nations on the level of Israel and above can already make them, and often do.

Because there is already an international pact which heavily restricts trade in such things - indeed, in all advanced technology with a use in weapons. It is called the Wassenaar Arrangement, and it has been around for twenty years, making sure that "terrorists, dictators wishing to better control their populace, warlords wishing to perpetrate ethnic cleansing, etc" don't get hold of any kind of advanced weaponry, "autonomous" or not.

So in fact the autonomous weapons are already here. And there is already a perfectly effective international ban on most governments and people having them.

And in fact "assassinations, destabilization of nations, subdual of populations and selective killings of a particular ethnic group" happen anyway and you don't even need Kalashnikovs - machetes work just fine.

So perhaps the problem isn't really the robots, killer or not.

Perhaps these are actually human problems. ®