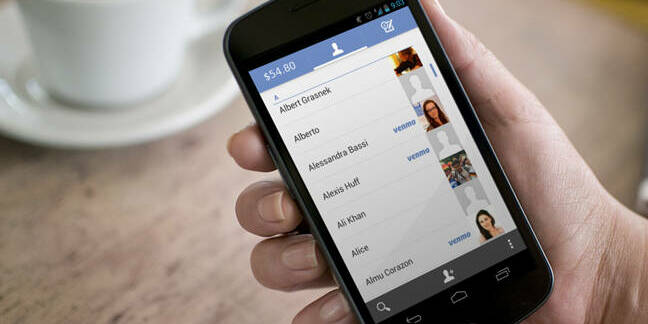 PayPal says it is under investigation by the US Federal Trade Commission (FTC) for alleged "deceptive or unfair practices" involving its Venmo app.

In a filing with the SEC, the online payment giant said it has received a "civil investigative demand" from the FTC last month requesting documents and answers to a series of written questions over the Venmo service.

Although the biz does not admit any wrongdoing, it does note that the investigation "could lead to an enforcement action and/or one or more consent orders, which may result in substantial costs, including legal fees, fines, penalties, and remediation expenses and actions."

It also says the investigation "could require us to change aspects of the manner in which we operate Venmo."

Venmo is a free app and digital wallet that lets people pay and request money from other Venmo users without charge. You connect the app to your bank account and transfers to and from your account and to other Venmo is completely free (unless you use credit cards in which case there is three per cent charge). The company makes money by charging businesses a 2.9 per cent transaction fee.

It's not known where or how PayPal is thought to be deceiving consumers but if the FTC demands changes to how the app works, it could cause a sudden halt to Venmo's exploding popularity, especially among youngsters.

PayPal reminds users: TLS 1.2 and HTTP/1.1 are no longer optional

Insecure connections will break after June 30th. And it's acquired Hyperwallet, too

Better not run our logo smaller than MasterCard's, pal

Time to pay, Paypal pal Venmo! Oh no, haha, put away that wallet – just promise to be nice

PayPal's pal Venmo spaffs your pals' payments – and yours

200 million transactions visible to all, inc. the inside dope on a cannabis seller's annual sales