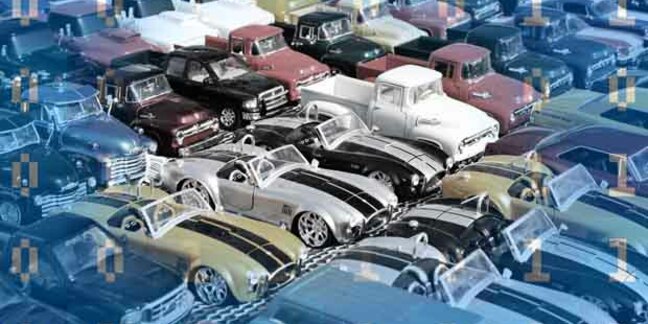 Black Hat video Car hackers Charlie Miller and Chris Valasek have again hacked a 2014 Jeep Cherokee, this time by physically linking a laptop to commandeer its steering and kill the brakes.

The duo have captured the hack to be presented at Black Hat Las Vegas this week in video proof-of-concept demonstrations.

The compromise requires attackers to be physically present in order to compromise the car.

However Miller confirmed this writer's suggestion that the attacks could be carried out using a concealed device which either contains automated and timed commands, or with remote attacks over a wireless link.

Such a feat which Miller says were "most definitely" possible could be considered a vector for targeted, albeit over-engineered, assassination.

The localised attack is similar to other CAN bus attacks in which researchers have popped locks, compromised steering, and brakes.

There are legitimate uses for tapping CAN buses that have spawned companies which manufacture products that tap into the ports in order to display detailed fuel consumption and engine data to drivers, for example.

In one of the proof-of-concept videos Miller sits in the back of the Jeep with a lead connecting his laptop to the CAN bus above the dashboard.

Valasek cruises at low speed through a cornfield road until Miller causes the steering wheel of the Jeep to lock 90 degrees to the right sending it off road.

The attack affects the same Jeep which was patched after the duo remotely hacked it last year killing the engine during a live demonstration on US highway I-64.

The pair attacked the Jeep's electronic control units disabling one by sending it into a maintenance mode and using another to send spoofed commands.

Cruise control speed can also be set but drivers can quickly regain control by tapping brakes.

The pair say they've penned a paper, to be revealed at Black Hat, in which they recommend vehicle manufacturers should better lock down CAN buses. To help auto-makers along, the pair have built an intrusion detection system that can detect their attacks. ®

Hey boffin, take a walk on the wild side: Stuffy academics need to let out their inner black hat

If hackers and nerds played together nicely, security would benefit, reckons compsci boffin