Inside the Box thinking: People want software for the public cloud 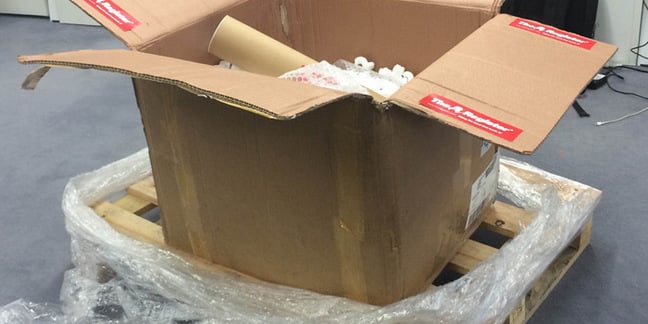 Analysis On-premises file sync and share and collaboration is yesterday's story. The future is the public cloud with dedicated software service suppliers, like Box.

File sync, share and collaboration is not a feature, but a product, best expressed as a service (SaaS) through Box's three data centres and the public cloud, and not subsumed into part of an on-premises storage array offering. The company says it is now a content platform for the modern enterprise.

That's the Box message and it's working, though not dramatically, given that Box is growing and increasing its services.

Box has grown its base service with specific offerings for, for example, IBM, Salesforce, Microsoft Office, and Google Android for Work. It has also announced its Box Platform, an open API set for authentication, user management and content access.

Stifel MD Aaron Rakers met Box CEO Aaron Levie and investor relations VP Stephanie Wakefield to better understand what Box was about in relation to Microsoft's OneDrive and SharePoint and also Google. Box, he says, is seeing customers replace on-premises SharePoint, OpenText and its recently acquired Documentum offerings with its own services.

The company has and is introducing a set of specific service offerings to drive up customer spend:

Box says its Relay product allows employees to build, track and manage custom or pre-built workflows that leverage all of the security, compliance, and collaboration features of Box. 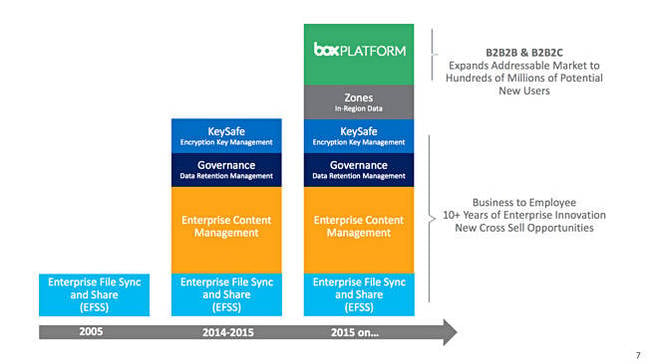 Rakers writes: "Box’s sales force does not currently carry quota on these add-on solutions; we believe this will likely change in Fy2018 (C2017)." Rakers expects Box to introduce from one to three new capabilities a year, with analytics and workflows the main focus areas.

It thinks free cash flow should be positive by the end of the first 2017 quarter but is not saying anything about making a profit yet.

All data in Box's data centres is replicated to the public cloud and Rakers sees Box making more use of public cloud facilities in the future.

Box's dramatic growth days are over, and it is in a steady build-out-its-infrastructure growth phase. For example, it has hired David Benjamin to be its SVP and GM for EMEA. He comes from telecoms supplier BT where he was a VP in its Global Services operation, having joined in 2007 to head up its directories business. The company wants to expand its presence across Europe with an increased focus on Germany, where it plans to open an office in Germany, following recent office openings in Amsterdam and Stockholm.

Box is now a dull company, but not a mediocre one. It is unexceptional, and has to grow steadily, in an unexciting way, to become profitable, start paying dividends and, maybe, begin acquiring other companies to spur growth upwards. It is capitalised at $1.9bn, with shares trading at $15.74. They were $23.15 on the IPO day, January 23, 2015. As and when Box moves to making a profit they could and should rise. That might not be until 2018, though. ®

Box shifting on the Moon? Lunar payloads on Amazon Prime