Over a year late, but it's not like we need 745,000 workers with digital skills or anything 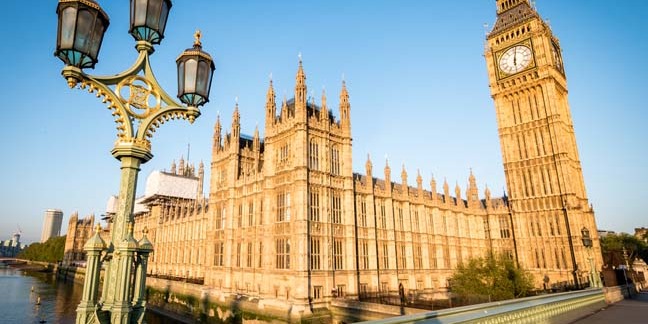 The Science and Technology Committee has today slammed the UK government for dragging its feet in releasing a digital strategy, now more than a year late.

In a letter to digital minister Matt Hancock, the chairman of the Science and Technology Committee, Stephen Metcalfe, said he was "disappointed" by the "continued absence of the government's long-promised digital strategy".

A strategy had been expected on how the government will digitally transform the public sector after the Government Digital Service was awarded £450m in November 2015.

It was then pushed back to be published in spring 2016 and then again delayed to the end of the year due to Brexit. Earlier this week, Cabinet Office minister Ben Gummer said the strategy would be published "in due course".

The letter was in reference to the government's response to the committee's Digital Skills Crisis report in June.

The report found that 22 per cent of IT equipment in schools is ineffective; only 35 per cent of computer science teachers had a relevant qualification; and that the UK needs another 745,000 workers with digital skills by 2017.

Metcalfe said: "In March 2016 Ed Vaizey, the then digital economy minister, told us that the strategy was then already written and awaiting a publication slot in the Downing Street 'grid'. We have maintained a hope that this indicated that the government was taking our recommendations on board in the strategy – redrafting it as necessary.

"But the recently provided government response to our report provides no information on how recommendations about the strategy will be addressed. Indeed, without the strategy being published alongside the response, it is difficult to see why the response could not have been produced within the usual two-month period."

The Register has seen two draft leaked versions of the government's digital strategy – in April and November last year.

The second draft strategy acknowledged that there is a shortage of digital skills and said the government is working to develop the digital, data and technology professions.

One insider said the new strategy was an improvement on the "low bar" of the previous version, but added that much was lacking in the detail of how it will "digitally transform" government. He said: "GDS is in a difficult place. It needs to get a new strategy out quickly, it needs dept buy-in too."

The strategy was intended to be a cross-government plan, with input from the Cabinet Office and the Department for Culture, Media and Sport.

The letter from the committee concluded: "I would be grateful for your assessment for the reasons why the response has taken so long to finalise and why the strategy continues to be a work in progress nearly a year after your predecessor considered it already largely completed.

"It would be helpful also to have any indication you could give me of when the strategy is likely to be published." ®

All bets are Hoff: DXC exec is standing for Brexit Party in UK General Election

Meet Gordon, a man who knows all about job losses, uncertainty and bankers

Any promises to extend rights of self-employed might win an election, hint Brit freelancer orgs