Resistence is futile: HPE must face Oracle over Solaris IP 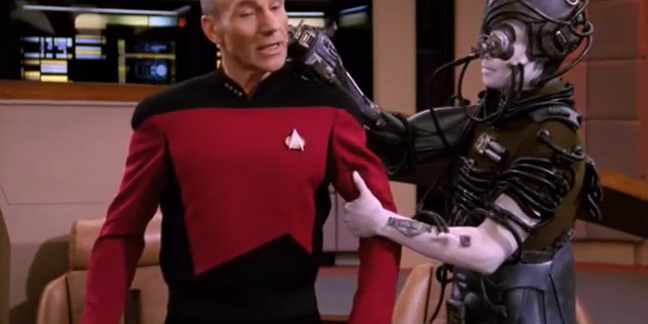 Hewlett-Packard Enterprise and Oracle are heading back to court – this time over an alleged violation of IP rights on Solaris.

A US judge has thrown out a motion by HPE to have Oracle's Solaris violation claim against it dismissed.

The firm, however, is coming after HPE on the basis of its partnership with Terix – the suit against HPE was filed in March 2016 but amended.

Oracle has already successfully sued Terix and co-defendant Maintech in 2013 for misappropriating its IP – patches for Solaris.

It's textbook Oracle: Larry Ellison's firm has successfully sued a handful of firms offering support for its software on the grounds of patent violations. These firms were then rapped for downloading and applying patches for Solaris, or modifying the proprietary code as part of support.

According to Oracle's original HPE filing, Meg Whitman's lot had:

Now, district judge Jon Tiger, of the Northern District of California, hearing the case, has written:

Oracle has plausibly stated a claim for vicarious copyright infringement. Oracle contends that its amended complaint illustrates "HP had the practical ability to supervise Terix's infringement by virtue of its day-to-day involvement in the joint HP-Terix customer accounts."

HPE and Oracle last faced off over the former's Itanium server.

Oracle in 2013 was found by a court in San Jose, California, to have been in breach of contract for no longer porting its software to HPE's Itanium range of servers. ®