Did we say tears...sorry, meant cheers. Profits crash to blame 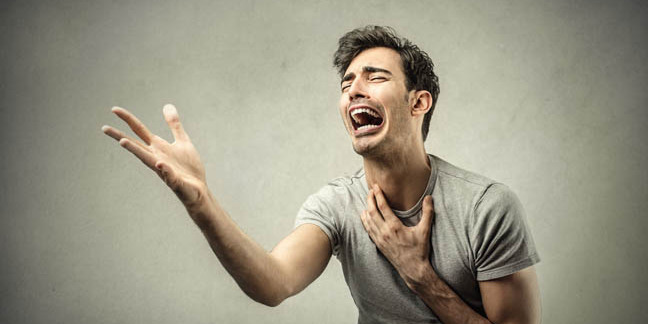 Capita chief Andy Parker is stepping off the executive merry-go-round after the little loved outsourcing company today reported financial results that showed a crash in profits - the worst in its corporate history.

The London-listed business told the City that costs related to contract delays and weak trade in the technology solutions and IT Enterprise Services caused the profit drop - all of which were sign-posted by profit warnings in 2016.

This was one of the most challenging years in Capita’s history and something had to give. In a statement, the firm said that after 16 years on board, Parker will exit “later this year, to pursue the new phase of his career once a process to select a successor has been completed”.

“2016 has been a difficult year for Capita but the company is now a simpler, more focused group with a clear service offering and growth strategy, and a plan to achieve a stronger balance sheet.”

Signs that not all was well in the state of Capita first showed up in September when it issued the first ever profit warning due the slowdown in trade and delays to the provision new IT systems as part of Transport for London’s congestion charging contract and woes with the Co-Op’s transformation project. The IT reseller element and specialist recruitment in the Workplace division struggled.

Capita then waved bye to the head of its technology solutions business, en route to cutting out an entire layer of management in a company-wide restructure to reduce reporting lines between the CEO and the troops and putting 2,250 people at risk of redundancy prior to Christmas.

It then wrote off £50m worth of assets connected to deals with customers following a review of the major contracts base. Ouch.

The results today showed a 5 per cent rise in revenues to £4.89bn - tech unit Digital & Software Solutions grew to £582m from £554m and IT Enterprise Services grew to £741m from £658m, but factoring in the buy of Trustmarque, organic revenues actually dropped by more than £35m, a point mirrored by analyst commentary.

“Profit declined as a result of £25m one-off costs in relation to the delayed delivery of new IT systems on the Transport for London congestion charging contract, the step-down on O2 and weak trading in technology solutions and IT enterprise services, property and Capita Europe.

“Financial performance was weaker than we had expected at the outset of the year,” said Parker, “The business process management market in 2016 was generally more subdued, some client decisions were deferred and we also won a lower proportion of major bids than in recent years.

“Furthermore, some of our businesses under-performed and we experienced weakness in a number of discretionary services towards the year-end.”

The share price was down more than 8 per cent at the time of writing. ®