EasyJet: We'll have electric airliners within the next decade 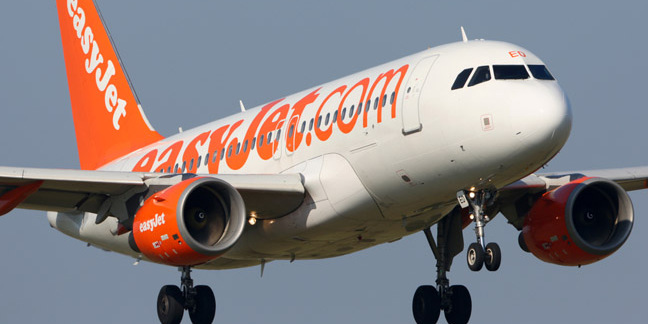 EasyJet has given its blessing to a mildly bonkers plan to replace airliners with electrically propelled aircraft on short-haul flights.

The low-cost airline is supporting American startup Wright Electric, which, judging by the picture on its homepage, wants to insert a large number of ducted fans into the wing-root area of its concept airliners.

The wing-root engine location has worked successfully in the past on airliner-sized aircraft, including on the Avro Vulcan bomber flown by the Royal Air Force and, more recently, the Hawker Siddeley Nimrod maritime reconnaissance aircraft, itself based on the 1950s Comet airliner.

Going by this blog post on the Wright Electric website, they do seem to have a decent grasp of the technology they're working with – at least, enough to pass a cursory skim-read. They are focusing on lithium-ion batteries, they say, and are also interested in India and China: "Does anyone know folks at airlines such as SpiceJet, Jet Airways, or China Eastern Airlines?"

Well, you can't knock them for asking.

"Just as we have seen with the automotive industry, the aviation industry will be looking to electric technology to reduce our impact on the environment," EasyJet chief exec Carolyn McCall told the BBC.

The main problem with replacing liquid hydrocarbon fuel with batteries is energy density. Comparing like with like is rather tricky – there are a number of ways to measure energy density, and, curiously, finding comparable figures for Jet A-1 airliner fuel and lithium-ion batteries is difficult. A rough approximation is that, for a given weight, batteries do not hold the same amount of energy as aviation kerosene.

The other problem is that as a modern airliner flies, it gets lighter (you're burning off the fuel as you go) and thus the aircraft becomes slightly more efficient (same power output hauling less weight around). Battery-powered aircraft do not have this useful feature. On the flip side, electric motors are vastly more efficient, in power-in-power-out terms, than internal combustion engines of whatever type.

Electric aircraft do exist today but are generally R&D prototypes of general aviation aircraft – think Cessnas rather than Airbuses. The long-term goal is not unrealistic but it's a tricky prospect; electric cars, while popular in urban areas with plenty of infrastructure and potential to install new charging infrastructure, haven't really caught on outside of cities. In 10 years it is possible that some very short-haul aircraft might be flying on passenger routes.

It's a brave new world, up in the blue skies. ®

Cargoes of human misery to cease

EasyJet wanted to fling me off flight for diss tweet, warns cyber-law buff