A bit of intel on AMD's embedded Epyc and Ryzen processors

The "other" X86 mill-maker, AMD, has unveiled its efforts to position its Zen architecture kit as an embedded solution for networking, storage, edge and industrial devices: a brace of Epyc and Ryzen processors.

The semiconductor firm is aiming Epyc 3000 at networking, storage and edge computing devices and the Ryzen V1000 at medical imaging, industrial systems, digital gaming and thin clients. Both are embedded systems. 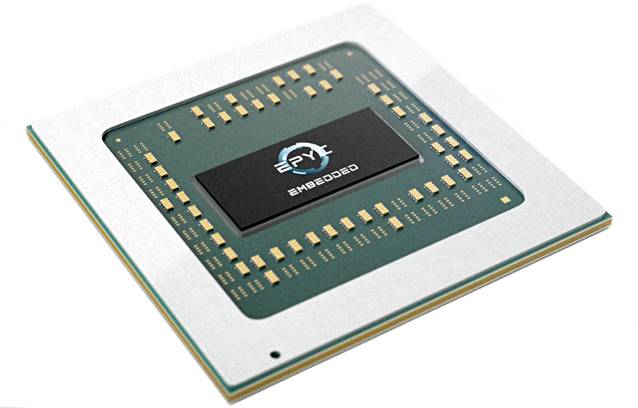 The Ryzen V1000 features an Accelerated Processing Unit (APU) coupling Zen CPUs and Vega GPUs on one die, offering up to four CPU cores/eight threads and up to 11 GPU compute units to achieve processing throughput as high as 3.6 TFLOPS.

The Ryzen SoCs have up to four cores / eight threads with up to 2MB of shared L2 cache plus 4MB of shared L3. 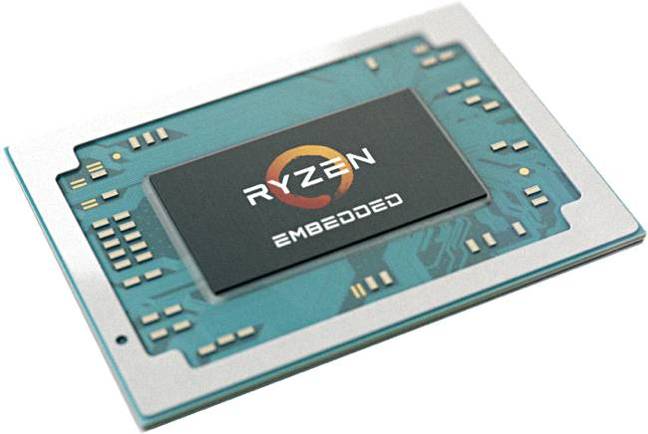 The V1000 supports up to 16 PCIe lanes, dual 10 GbitE, up to four USB 3.1/USB-C interconnects, with additional USB, SATA and NVMe support. Graphically it can drive up to four independent displays running in 4K, with the ability to support 5K graphics, including support for H.265 decode and encode, and VP9 decode.