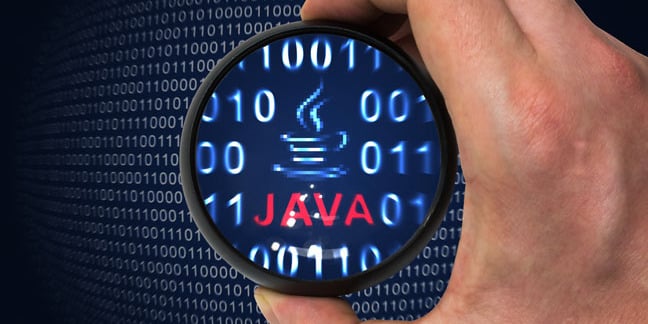 The US Supreme Court has been urged to hear Google out in its long-running copyright battle with Oracle over the search giant’s use of Java technology in Android.

Some 14 amicus briefs have been filed with the top court in support of Google, with Microsoft, Red Hat and Mozilla, along with the Python Software Foundation, Developers Alliance, and the EFF, backing the web titan against database-slinger Oracle.

They say an earlier court ruling in Oracle's favor on the fair use of Java APIs – as it stands – sets a dangerous precedent that breaks long-standing and well-understood rules on software development, risks confusing the community, and will damage innovation.

Oracle sued Google in 2010 after the database goliath acquired Sun Microsystems and with it the rights to Java. Big Red then contested Google’s use of Java APIs in its Android mobile operating system.

A series of rulings and appeals followed, with Oracle last year succeeding in overturning a 2016 jury’s unanimous decision that Google’s use of Java's standard software interfaces was fair use. Shortly after, Google, facing as much as $8.8bn in damages, asked the Supremes to intervene.

Google insists it built the Android platform on the computer industry’s “long-accepted practice of re-using software interfaces” – and that Oracle is "trying to profit by changing the rules of software development after the fact."

Over the years, there have been various briefs filed in support of Google – and over the past few days, many more have been submitted to the Supreme Court, calling on it to take the case and reverse the lower court’s decisions.

“The federal circuit’s decision threatens disastrous consequences for innovation,” said Microsoft (PDF). “[It] threatens fair use’s vitality and extinguishes the necessary "breathing room” for the ecosystem of innovation it protects.”

A group submission from Mozilla, Mapbox, Medium, Patreon, Etsy and Wikimedia said that the court had “heedlessly unraveled” a “reasonably predictive rule” and a set of “reliable norms” that are critical for coders to understand what is and is not appropriate to carry over from one project to another.

The Developers Alliance also sought to emphasize the knock-on effects of the decisions. “The current case has implications that go far beyond the two litigants involved,” it said (PDF). “In 2017 there were an estimated three million software developers in the United States, and their collective work added an estimated $565 billion to the country’s gross domestic product.”

Google has asked the court to answer two questions on which the federal circuit has made decisions during the years-long battle with Oracle.

On the former, the Mozilla-led group said this marked a “dramatic expansion” of copyright protection to include APIs, which “stifles innovation and competition by privileging powerful incumbents and creating artificial barriers to entry for new players and innovators where none existed before.”

Red Hat said that the understanding that copyright doesn’t extend to interfaces, and that others are free to use them, has allowed innovation to “flourish” and has been “fundamental to the Internet as we know it.”

The open-source Linux distro maker said it was concerned the decisions would hand some copyright holders a “patent-like veto power” that US Congress didn’t plan and America's Copyright Act doesn’t provide.

“The ability of a copyright holder to control the operations of others’ products merely because they use its programming interface as a method for communicating or interoperating with the copyright holder’s product.”

A group of 78 computer scientists said in their filing (PDF) that, by extending copyright protection to interfaces, the court showed a “fundamental misunderstanding” of how interfaces differ from programs”.

Software interfaces, such as those embodied in the Java API, they said, “are purely functional systems or methods of operating a computer program or platform” – not programs themselves.

“Interfaces merely describe what functional tasks a computer program will perform without specifying how it does so,” they said. In contrast, implementations provide the actual step-by-step instructions to perform each task included in an interface.”

The group went on to point out that, when Google reimplemented the Java API when creating the Android platform it made Android interoperable with Java.

If it hadn’t, “programmers would have been forced to write different software for desktops and smartphones, eliminating one of Android’s most significant benefits”.

Microsoft said that there was a practical need for third parties to access and reuse functional code to ensure the availability of programmers and to facilitate interoperability across myriad software platforms and hardware devices.

“Innovations in hardware (such as the “Internet of Things”) and software (such as cloud computing) have made that once-stable body of law increasingly critical,” it said.

Mozilla’s group also flagged up concerns about the impact the decisions would have on interoperability and other practices.

“[The court’s] rejection of the fair use doctrine stands to undermine not only reimplementation and reuse of APIs, but also other valuable software engineering practices, such as reverse engineering, interoperability, and the creation of competing platforms, as well as innovations in data analytics, search engines, and many other groundbreaking advancements.”

The decision will open the door to re-litigation of “status quo software engineering practices” that open-source projects and small start-ups rely on, it said.

Other submissions talked about the confusion the decisions were already causing within the industry and developer community – the Developers Alliance said that developers are “confused about whether and where established practices constitute copyright infringement”.

And the EFF said the decisions could have an “improper influence” on the industry, and that "the legal and technological press are already treating both Oracle I and Oracle II as binding precedent or, at a minimum, are treating them as both highly important and dangerous".

Needless to say Oracle disagrees strongly with the points raised by others in the technology industry. It asserts that it won its legal case fair and square and that the ruling won't harm software development, whatever anyone else might say.

“Google’s amici’s desire to weaken American copyright law should not cloud the fact that Google intentionally copied 11,000 lines of the key part of Oracle’s Java code in order to create a competing product that pushed Java out of the smartphone market," said Oracle General Counsel Dorian Daley.

"The US Government already has weighed in that the Federal Circuit’s copyrightability ruling was both correct and unworthy of review. And despite Google's and its amici's overheated rhetoric predicting the end of the software industry, it has continued to thrive, with increased R&D spending, higher investment in innovation, and hiring demand outpacing supply."

The Supreme Court has yet to confirm whether it will hear the case.

It is already considering another case involving the Copyright Act and Oracle – this time brought by Rimini Street over whether non-taxable costs can be recovered in copyright battles. ®