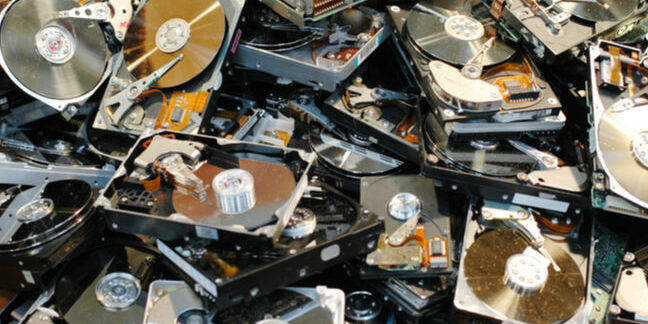 A Japanese manufacturer that makes parts for hard disk drives has admitted to racking up millions in profits from a price-fixing scheme.

US prosecutors say that from May 2008 until April 2016 NHK Spring conspired with other unnamed factories to artificially inflate the prices they charged drive makers for suspension assemblies – the part of the arm that holds hard disk read/write heads in place.

"NHK Spring and its co-conspirators exchanged pricing information including anticipated pricing quotes, which they used to inform their negotiations with US and foreign customers that purchased suspension assemblies and produced hard disk drives for sale in, or delivery to, the US and elsewhere," the Uncle Sam's Justice Dept said on Monday.

NHK Spring will plead guilty to one felony count of violating the US Sherman Act on conspiracy. The Yokohama-based manufacturer will also shell out a $28.5m fine, and agrees to cooperate with investigators on further investigations.

According to court filings (PDF), NHK could also get up to five years supervised conduct on the charge. The plea deal will still need to be approved by a judge in the Eastern Michigan US District Court.

In announcing the deal, US prosecutors noted that, while NHK Spring is a relatively unknown company and suspension assemblies are fairly obscure parts, they are essential to the manufacture of hard drives and the price fixing had a very real impact on the global IT equipment market.

"While these parts are physically small, they are critical to the operation and performance of electronic devices, and their impact on American consumers and businesses is direct and substantial."

The release notes that the charges against NHK Spring are part of a larger effort to bust up price fixing rings in the hard drive market. Given that the investigation is ongoing and NHK Spring is now cooperating, it is likely we will see charges against other manufacturers soon. ®

Microsoft finds Huawei to get Chinese biz back on its sales ledger: US permits Redmond software supply line