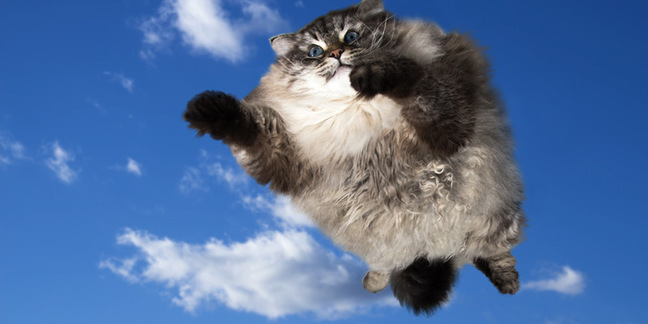 Kohsuke "Father of Jenkins" Kawaguchi is taking a step back from the DevOps tooling he created as he ventures into startup territory.

The job change on 1 February is not entirely surprising. When The Register met Kawaguchi back in 2018, he did not seem entirely comfortable in the chair of CTO at DevOps darling CloudBees, describing it as "the strangest role". "Testing," he told us, "is one space that I'm very passionate about."

Fast forward to 2019, and Kawaguchi had moved into the position of chief scientist by the time DevOps World rolled around. CloudBees CEO Sacha Labourey told The Register of Kawaguchi: "It's important for him to find something where he can really be at the core of what he's good at."

Labourey added that while the original brain behind Jenkins was excellent with developers, "he's like a balloon... sometimes he needs to inflate and get a lot of signals from the people. And at some point, he gets to lock himself [away] and just do some things that he feels is going to be good."

In this case the balloon is gliding over to another DevOps outfit, startup Launchable. Launchable's tech is all about a machine-learning engine aimed at predicting failure for a test case based on a change in source. The theory goes that only a subset of tests then need to be run rather than running the whole lot.

The company has scored $3.2m in seed funding and has Harpeet Singh, former CloudBees veep of product and design, on board as co-CEO. Singh, like Kawaguchi, is a Sun Microsystems refugee and served as the first Jenkins PM.

Kawaguchi will be retaining a foot in the door at CloudBees as an advisor and remain "invested both emotionally and financially" in the outfit.

Labourey, in turn, has invested in Launchable and will himself be an advisor to the startup.

CloudBees has been on an acquisition spree of late, snapping up Electric Cloud and Rollout. Doubtless Labourey will be keeping a close eye on the antics of his former CTO while his business rolls out its own CI/CD SaaS based on Jenkins X.

Perhaps more significantly, Kawaguchi will be stepping back from Jenkins, regarding his role in the project as more symbolic nowadays. While he is also on the Technical Oversight Committee of the Continuous Delivery Foundation, his chairperson term expires in March.

Kawaguchi would not be the first engineer in history to find himself overwhelmed by management responsibilities as a project or company has expanded, and his move to a startup (even one with close ties to his former employer) is unsurprising. Indeed, in 2018 he told us that his ambition was to make a "bigger impact in the world".

It is difficult to think of a platform that has made a bigger impact, for better or for worse, on the DevOps world than Jenkins. ®

Would Sir prefer the brogues or the Oxfords for giving me a kick in the...