IBM has expanded its Power10 server line-up with mid-range and scale-out systems aimed at data-intensive and business-critical workloads, with new pay-as-you-go consumption options.

The latest Power systems join IBM's E1080, introduced last September as the first of the portfolio to feature the company's 7nm Power10 processor, which sports up to 15 cores and a claimed 33 percent lower power consumption and double the memory bandwidth of the previous Power9 chips. 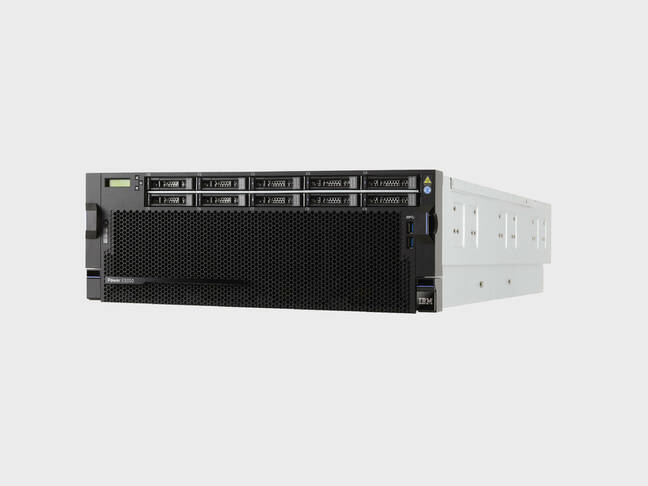 Filling out the portfolio is the mid-range E1050, a four-socket rack server optimized for data-intensive enterprise workloads such as Java and ERP supporting up to 16TB memory, while the scale-out systems comprise the two-socket S1022 and S1024 systems, plus the single-socket S1014, described as an entry-level option for SMBs and remote office branches.

Like the E1080, these newly introduced systems support the transparent memory encryption features of the Power10 chip, and implement the OpenBMC open-source motherboard management controller technology for applying system updates.

IBM said that its latest systems are optimized to run workloads such as databases and core business applications, as well as maximize the efficiency of containerized applications. This is partly thanks to the availability of Red Hat OpenShift for Power systems, enabling customers to implement cloud-native services.

IBM also recently introduced subscription-based pricing for its IBM i software stack, which started life as the platform for the AS/400 systems. This enables customers to pay on a one-year up to five-year term for running the operating system. The company said it now offers metering across all operating environments including IBM i, AIX, Linux, and OpenShift.

IBM talked up the IBM Power10 family's suitability for running SAP software, saying the mid-range E1050 delivers greater scale and performance for customers who run RISE with SAP. IBM claimed the updated Power10 portfolio was engineered to deliver the flexibility and performance required for data-intensive workloads such as SAP S/4HANA.

Steve Sibley, IBM VP for Power Product Management, said in a statement that making the right IT investments was critical to business and operational resilience.

"Our new Power10 models offer clients a variety of flexible hybrid cloud choices with the agility and automation to best fit their needs, without sacrificing performance, security or resilience," he said.

However, this new Power10 portfolio is most likely to appeal to existing enterprise customers of IBM's Power systems looking to upgrade for greater performance, although the company is slowly expanding its share of the enterprise server market, according to Omdia Chief Analyst Roy Illsley.

"Power has less than 1 percent of the market, but according to our figures it is still growing year-on-year at high single digits or low double digits," he said, adding: "Power appeals to Power customers mostly, and with these new servers they seem to be going after the AI/ML workloads and the K8s workloads moving to Linux."

Illsley also said that concerns over supply chains and where chips are made showed that IBM was wise to keep control over its Power processors so they are better able to deliver the price/performance that customers want. ®