With censorship looming, US wants to bring internet, communications companies into fray

The US Treasury announced last Friday it was issuing a General License that provides some exemptions to Iran sanctions for internet and communication services in an effort to damper censorship.

The country is undergoing near-total internet disruption in the west and intermittent interruptions nationwide with access to Instagram, Whatsapp and some mobile networks blocked as protests continue over the death of Mahsa Amini. 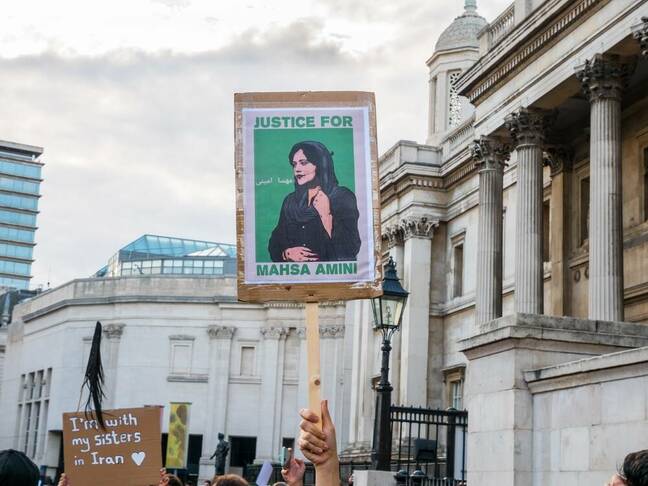 Amini died in police custody after being arrested by Iran's morality police for not wearing her hijab "properly." The authorities claimed Amini died of sudden heart failure, but eyewitness and leaked medical records support the belief she was beaten at the hands of those detaining her.

"While Iran's government is cutting off its people's access to the global internet, the United States is taking action to support the free flow of information and access to fact-based information to the Iranian people," said the US Department of the Treasury. "The updated guidance will authorize technology companies to offer the Iranian people more options of secure, outside platforms and services."

The list of services in the license includes social media, collaboration and video conferencing platforms, cloud-based services, certain communication tools like online translators and e-learning, other service tools deemed to assist ordinary Iranians in resisting citizenship and surveillance, anti-malware and anti-tracking software, VPNs and more. The license also removes the condition that communications be "personal," which the department said created "compliance burdens."

Furthermore, additional activity will be covered on a case-by-case licensing policy, especially if the activity allows Iranian developers to become more self-sufficient with anti-surveillance and censorship tools. Anyone meeting requirements is not obligated to wait for permission before acting on the license.

US Secretary of State Antony Blinken tweeted the news of the license, and predictably, Elon Musk was there to weigh in.

While the gesture may seem generous, it leaves out one large detail: a significant lack of Starlink terminals currently existing in Iran and an unlikelihood of the country's authorities to tolerate their import. Iranian-American Carnegie Endowment policy analyst Karim Sadjadpour said Musk confirmed to him that Starlink is now activated in Iran.

"If anyone can get terminals into Iran, they will work," said Sadjadpour. "It will cost many millions of dollars to set up and sustain thousands of Starlink terminals to Iran. This challenge is surmountable."

The policy analyst added that the bigger challenge would be the logistics of getting them into the country, which would "require not only the active support of the [US government] and Starlink, but would also greatly benefit from the help of brilliant Iranian-American tech minds in Silicon Valley and elsewhere."

But there’s yet another hurdle before Musk saves the day.

A Treasury official reportedly said the Starlink hardware is not automatically covered by the general license as it is commercial grade. Musk could, however, write into Treasury and apply for permission.

Musk previously said he would ask for an exemption before the license was even announced.

Another important thing to note is that Iran has well-developed offensive cyber capabilities, and public offers of assistance could turn such companies into targets.

The FBI revealed details last week of a state-sponsored cyber-attack against the Albanian government network. The agency said the threat actors obtained access to the systems for 14 months before launching a destructive cyber-attack.

In mid- September, the US issued indictments against three Iranians linked to the Islamic Revolutionary Guard Corps for planning ransomware attacks on American critical infrastructure. Multiple individuals and two entities were sanctioned. ®