If you are concerned about browsing discreetly, this makes it easier

The latest Tor Browser is a specially packaged version of Firefox 102 ESR which does all the hard work of setting up a TOR connection.

Version 12 of the Tor Browser is a specially packaged version of Firefox 102, the current Extended Support Release (ESR) and already one of the more secure browser choices. Available for Windows, Linux, and macOS (as a special fat binary that runs natively on both x86-64 and Arm Macs), the Tor Browser bundles together the web browser and a client for The Onion Router, or TOR for short.

Tor 12.0, say the project's leaders, is the first stable release of the browser that supports the Albanian and Ukrainian languages, and thanked "all the volunteers who worked hard to translate Tor Browser into each language."

The Reg has covered TOR a few times over the years, and we don't want to repeat ourselves too much. There are two purposes for accessing the internet over TOR. One is for accessing the normal internet: using TOR hides where you're coming from, so you can't be tracked by your IP address, or even the general geographic region you're in. This makes it much disliked by repressive national governments, which is a good thing in general, really. 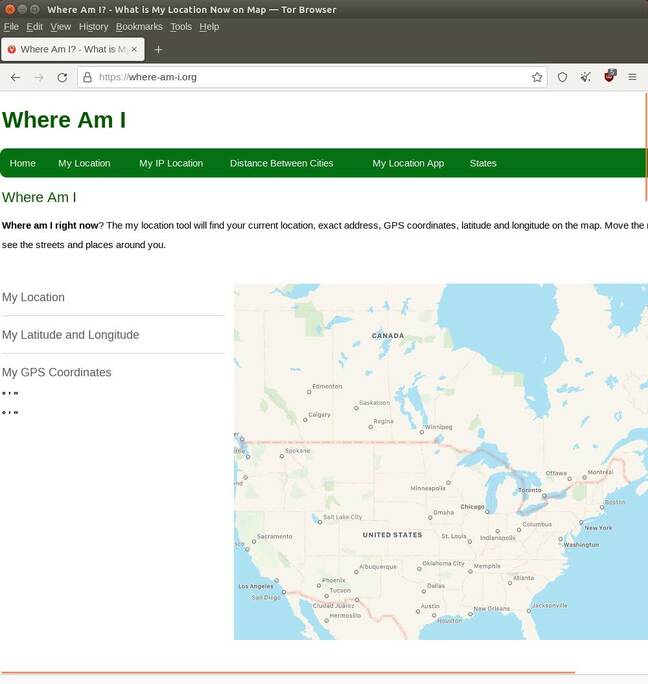 The Tor Browser 12, doing its job, so that this website has no clue where we are.

The other is for accessing websites that are only visible on the TOR network. These usually have a string of hexadecimal in (or for) their name, but they all end in .onion, which is a special protected name, not used on the normal internet. This doesn't only mean internet drug bazaars such as the Silk Road, although that's probably the most famous example. There are legal uses too. For instance, even the BBC approves of it and hosts a version of its own site on it.

The Tor Browser has been around for years, as we are occasionally given to reminding you. It's true that there have occasionally been holes in its security, as well as ways to track and identify Tor users, but these have generally got fixed quite quickly. Even so, the Tor network is admired by security boffins.

The Brave browser also integrates a Tor client, but the official one is based on Firefox, and here at the Reg FOSS desk, we endorse that choice.

Tor (and its browser) is a different kind of privacy protection from going incognito, or using in-browser ad-blockers, or putting a PiHole on your network, or running Privoxy in the background. Part of the idea of using a separate browser is to help you to remember not to log in to websites unnecessarily. You can also use adblockers within the Tor Browser, or its own Private Windows, but if you don't log in to your normal social networks and so on using the Tor Browser, there's no way it can leak your credentials.

In testing, The Register found that Ubuntu's version of the torbrowser-launcher package failed to download the new version. Until it's fixed, you can do it by hand, or grab the Flatpak version of the launcher. ®

Patiently gathers data that can be used to identify the victims, says Kaspersky
Security5 Oct 2022 | 7