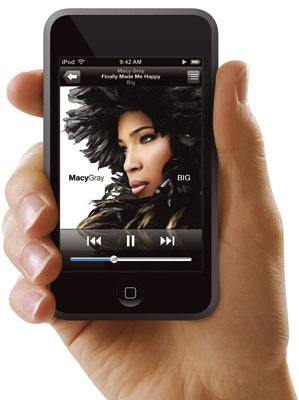 All this doesn't come cheap, mind: $399 for a model with just 16GB of Flash memory - the same price Apple is now charging for the 8GB iPhone. That said, at least the Touch will spare some would-be iPhone consumers from having to hack their handsets to enable them to be used as 80.11b/g Wi-Fi iPods. 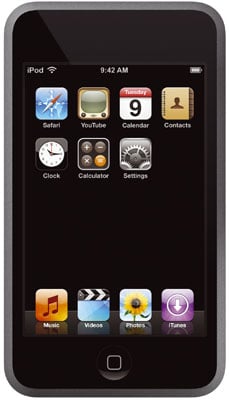 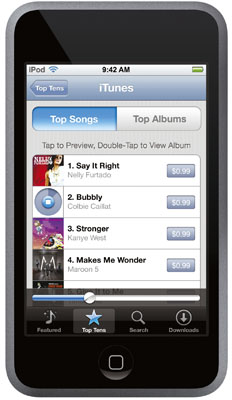 Unlike iPods of yore, the Touch has a version of Apple's Safari browser on board, for surfing and - presumably - running all the web-based iPhone apps out there. It also has the iPhone's YouTube video viewer, though you'll be able to buy plenty of video and audio content from the iTunes Music store, now also accessible direct from the phone via Wi-Fi.

Apple claimed the Touch has a battery life of 22 hours playing songs, falling to five hours if you just watch video. It's no surprise to learn the battery's built in.

The iPod Touch is due to go on sale later this month, around the world - though the iTunes Wi-Fi store may not be.