And Ninthly Yep. It felt just like that, didn't it?

For scenario one, place your tongue between teeth. Let your tongue relax and give it a few strict but not too rough clamps with the teeth. While repeating this exercise, imagine that your mouth - no, make that your head - has filled with some manner of corn mash. Not just any old corn mash. But rather the corn mash that comes out of a pig with a heroically short intestinal tract.

You know the pig has crapped out mash, and think it's still mostly corn rather than just digestive goop, but can't say for certain. That's the substance filling your head.

For scenario two, imagine that you have fingers for legs. Also, you're wearing a cheerleader's skirt.

Mash-brained and full of gimp. . . Revolting.

Didn't we all feel like this when seeing the Facebook logo during the recent Republican and Democratic debates on ABC?

The underlying hilarity of both Facebook and YouTube being tied to the election process is the theory that these online services lend some measure of energetic populism to an otherwise dull, corporate affair. Such reasoning would hold if you considered America's Funniest Home Videos and stoners as fresh examples of populism in the US. Which is to say these services exhibit all the populist weight of a visit by Stalin to the Ukraine.

Still, the networks and politicians inspire with their ability to latch onto these Web 2.0 buzzwords in an attempt to secure a dose of hipness or youngitude. 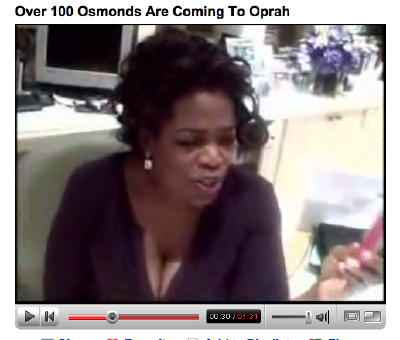 Never mind that Facebook is so desperate to find a business model that it will sell out as many users as possible at the drop of an online tracking system. Or that no heterosexual male uses Facebook anymore. The site has degenerated into the refuge of hormonal teenage girls and desperate divorcees. Hillary Clinton has the only hope of finding support from Zucker the Sucker's virtual Tupperware party.

We've ended up with one site for chatty women and another for hawking products and stump speeches.

Honestly, how fucking embarrassing that some of you are gullible enough to buy into these notions that YouTube, Facebook and MySpace provide the citizenry with a louder, more vibrant voice. Those of you supporting such ideas should be disgusted with yourselves. You've done little more than embrace another facade. Only this time it's delivered via TCP/IP instead through a pamphlet or phone bank.

I'll take my lies without a web feed please. ®