WISE up and running

NASA's Wide-field Infrared Survey Explorer (WISE) has returned its first photograph - a calibration shot of "about 3,000 stars in the Carina constellation": 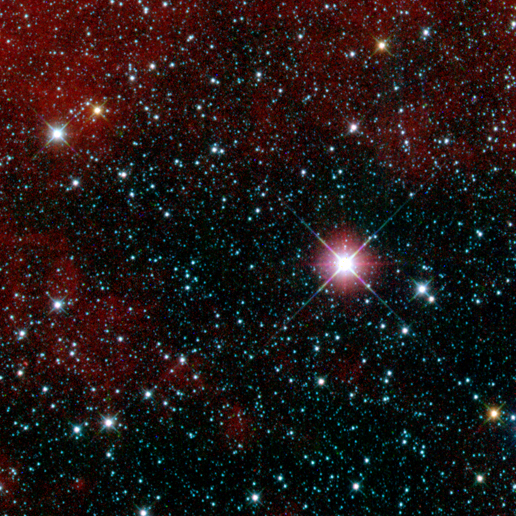 NASA explains* that the eight-second exposure was "captured as the spacecraft stared in a fixed direction, in order to help calibrate its pointing system". Once fully up and running, WISE will "scan the sky continuously as it circles the globe, while an internal scan mirror counteracts its motion".

William Irace, the mission's project manager at NASA's Jet Propulsion Laboratory , said: "Right now, we are busy matching the rate of the scan mirror to the rate of the spacecraft, so we will capture sharp pictures as our telescope sweeps across the sky."

Operating at an altitude of 525km, WISE will pass over the poles 15 times a day taking a picture every 11 seconds through its 40-cm (16-inch) telescope. It will eventually deliver around 1,500,000 images of the entire sky in the infrared "with a sensitivity hundreds of times greater than ever before".

NASA expects to spot "millions of hidden objects, including asteroids, 'failed' stars and powerful galaxies". The data will serve as "navigation charts for other missions, such as NASA's Hubble and Spitzer Space Telescopes, pointing them to the most interesting targets the mission finds".

Since WISE's infrared-spying capability depends on it not emitting any detectable infrared light of its own, its scope and four one million-pixel infrared detectors are chilled to as low as 8 Kelvin in a frozen-hydrogen-filled cryostat (see pic). 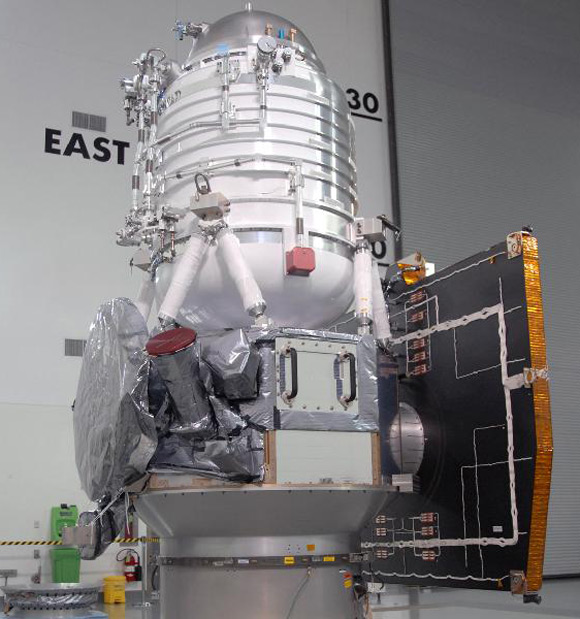 NASA has described the cryostat as resembling "a giant Thermos bottle" or "the Star Wars robot R2-D2", and being "about the height and weight of a big polar bear, only wider".

The spacecraft's mission will end once the hydrogen evaporates away, by around October 2010, according to NASA's estimate.

The main WISE page is here, the mission overview here, and further spacecraft details are here. ®

* NASA elaborates that the picture covers an area "three times the size of the [full] Moon" and shows "infrared light from three of WISE's four wavelength bands: Blue, green and red correspond to 3.4, 4.6, and 12 microns, respectively".